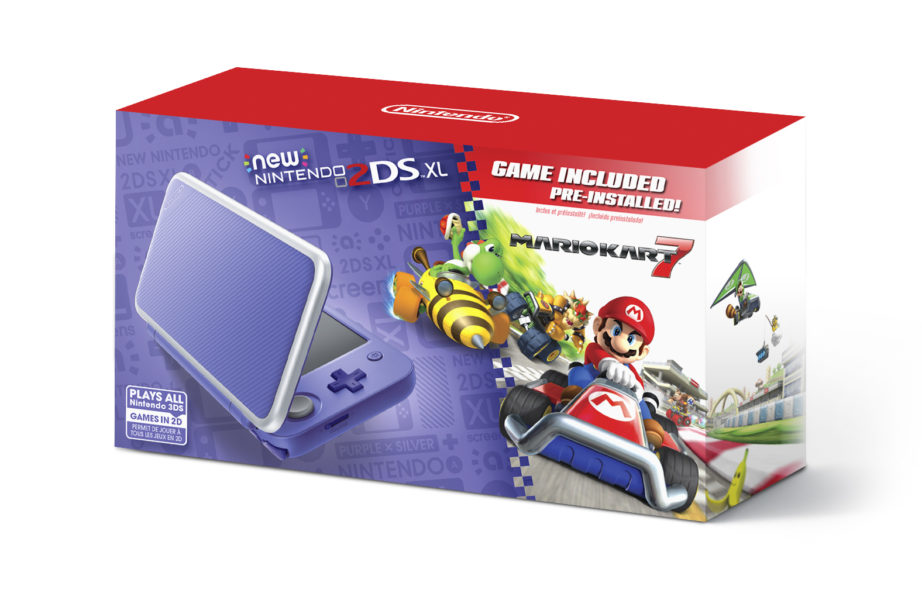 Nintendo announced today that a new color scheme bundle for the popular 3DS family would be hitting store shelves just in time for the holiday season. Consumers will soon find a purple and silver New 2DS XL, which will be available from Sept. 28 at a suggested retail price of $139.99. Every system will come with Mario Kart 7 pre-installed.

Nintendo also announced that every New 2DS XL, which includes systems with different color schemes, specifically the black & turquoise and orange & white models, will all come packaged with Mario Kart 7, starting on the same date. So, if for some reason you’ve sat out on the 3DS family, but would now like to get into the console in late 2018, you might want to wait one more month to get a free game! The recently released and absolutely stunning New 2DS XL Hylian Shield edition will not come with Mario Kart 7, but instead with Legend of Zelda: A Link Between Worlds, to fit the aesthetic of the system. It’s still available online, so make sure to grab it while you can.

Despite the fact that Nintendo’s popular hybrid console has been on the market for roughly a year and a half, the 3DS has plenty of gaming goodness to offer in the near future. Titles like the original Luigi’s Mansion and Persona Q2: New Cinema Labyrinth are expected to land on the stereoscopic system by the end of 2018, while games like Etrian Odyssey Nexus and Mario & Luigi: Bowser’s Inside Story + Bowser Jr’s Journey should keep the party going in 2019.