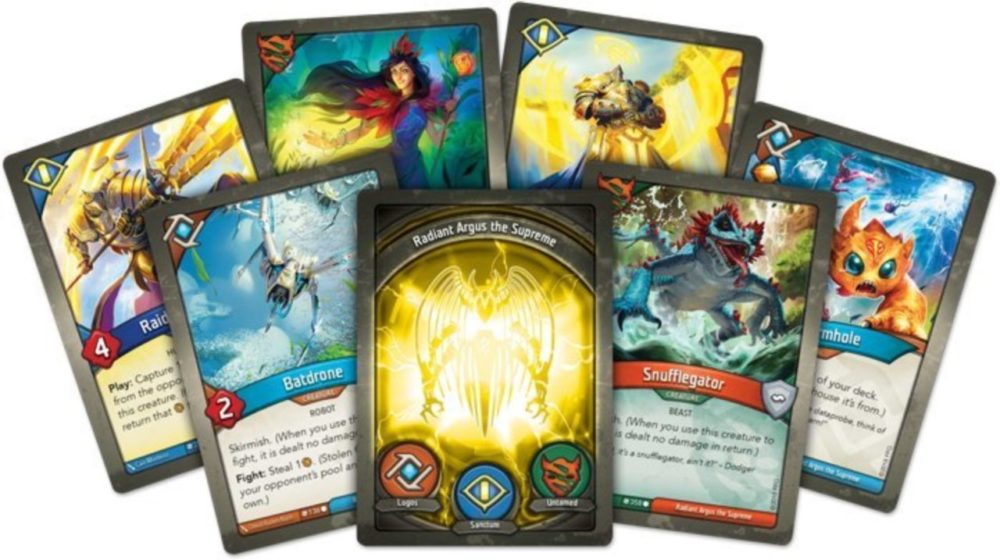 From the mind that ushered in a brand-new wave for the TCG genre of play comes an entirely different way to play card games. Richard Garfield, the creator of Magic: The Gathering alongside Fantasy Flight Games recently revealed KeyForge a card  game that may alter how future card games are created and played.

In their hands-on previews, both Comic Book and IGN refer to KeyForge as something completely different from the all-mighty juggernaut that is Magic. As opposed to collecting cards from booster packs and building various deck types through the traditional method, KeyForge will only come in pre-made decks that come with their own bits of specific strategies. While this may sound like a setback in the card game genre, KeyForge is special because it requires players to fully depend on thoughtful, intricate strategies based around that specific set of pre-determined cards rather than lean on special cards that they’ve paid an absurd amount of money for.

Garfield refers to KeyForge as a Unique Deck Game rather than a TCG, CCG or LCG. Each deck has a specific, unique name and comes with 37 cards that cannot be traded or swapped for cards in other decks. The base set will ship with over 360 cards with “billions of possible decks” for future releases, making every deck its own power to be reckoned that can hardly be copied or emulated. Rather than being trivial commodities, Garfield hopes to re-spark that sense of having cards that no one else has.

The object of the game is simple: forge three keys to claim the victory. Each deck is composed of different houses that give the player different advantages and therefore many different strategies, but as long as one can advise a strategy to acquire enough amber, constructing the keys slowly becomes a much less arduous process.

Expect to see KeyForge in every card shop later this year. Each deck will cost you $10, so expect a massive outburst competitions in the future.