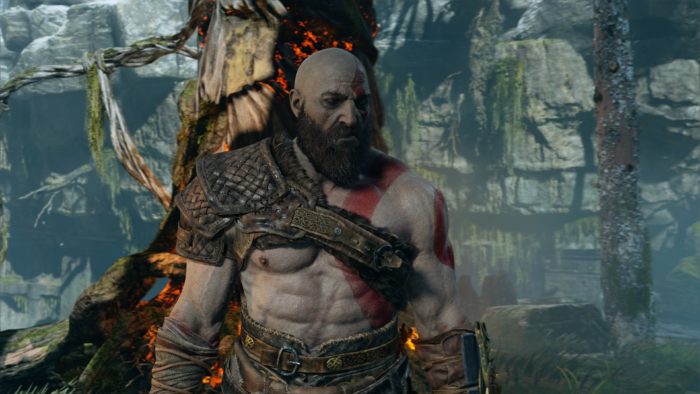 We all know Kratos as the incredibly ripped God of War he is, but it turns out he could have been a totally different character, once upon a time. In the beginning, with the first planning stages for the new God of War PlayStation 4 reboot, Kratos was envisioned as an old, out of shape dad who had, in the words of director Cory Barlog, “let himself go.”

This nugget was shared during a panel at San Diego Comic Con 2018, as Barlog shared part of his vision on a panel discussing the reimagining of various established franchises that could be done without sacrificing why fans gravitated to them originally.

“In the beginning we were talking about, you know, ‘What is Kratos going to look like?’ And I kind of wanted to go extreme, I was like, ‘He should have really let himself go, right?’… Yeah, Dad bod, right? David Harbour as Kratos. And I thought it could be really cool,” said Barlog.

“Then we started describing it as an athlete in the off-season. Then we just very slowly moved away from that – without my knowledge. So they just kept changing it a little, like, ‘It looks different today,’ and they’re like, ‘Don’t worry about it, it’s cool. Same as yesterday. Same thing as yesterday.’ Then eventually he just got really ripped again. And then it was really the beard and Chris’s [Judge] voice that aged him.”

So we could have met a much, much different take on our favorite God of War, but can you imagine Kratos with a dad bod and different physique? He may seem weary of the world from the very beginning, but we’re not quite sure he’s at dad bod levels just yet. Imagine that if we had seen him that way, though! It could have been hilarious, if nothing else.