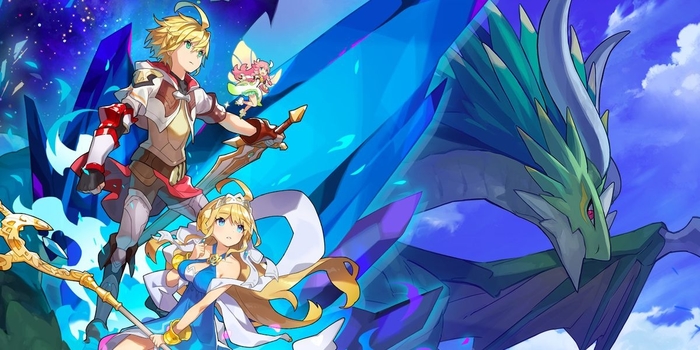 Nintendo has announced that their next mobile game, Dragalia Lost, will be launching on Sep 27 in the U.S., Japan, Hong Kong, Taiwan, and Macau. Dragalia Lost is a “vast multiplayer RPG in the palm of your hand” that is being co-developed by Cygames and Nintendo (thanks Nintendo Everything).

Not much is known about Dragalia Lost – we actually weren’t even aware that this game was in existence – but Nintendo is presenting a direct live stream later today that (we can assume) will shed more light on the multiplayer-centric mobile RPG.

You can check out the teaser trailer below which introduces some of the main characters of the game and their roles, which are as follows: The Protagonist (Dragonblood Prince), Zethia (The Holy Auspex), and Notte, who appears to be some type of fairy. The trailer also shows off some sweet dragon transformations and how the action-RPG looks in motion:

A vast multiplayer action RPG in the palm of your hand! Don’t miss out on all of the information for Nintendo’s next mobile game in tonight's #DragaliaLost Direct livestream at 8:30pm PT. pic.twitter.com/4mMlSef372

Here are the times for that Nintendo Direct for Dragalia Lost:

Are you guys stoked for another mobile game developed by Nintendo? This might not be as huge as a mobile Zelda or Metroid game but Dragalia Lost still looks like it can be a pretty solid RPG to check out with some friends. Dragalia Lost launches on the iOS App Store and Google Play Store on Sep 27.