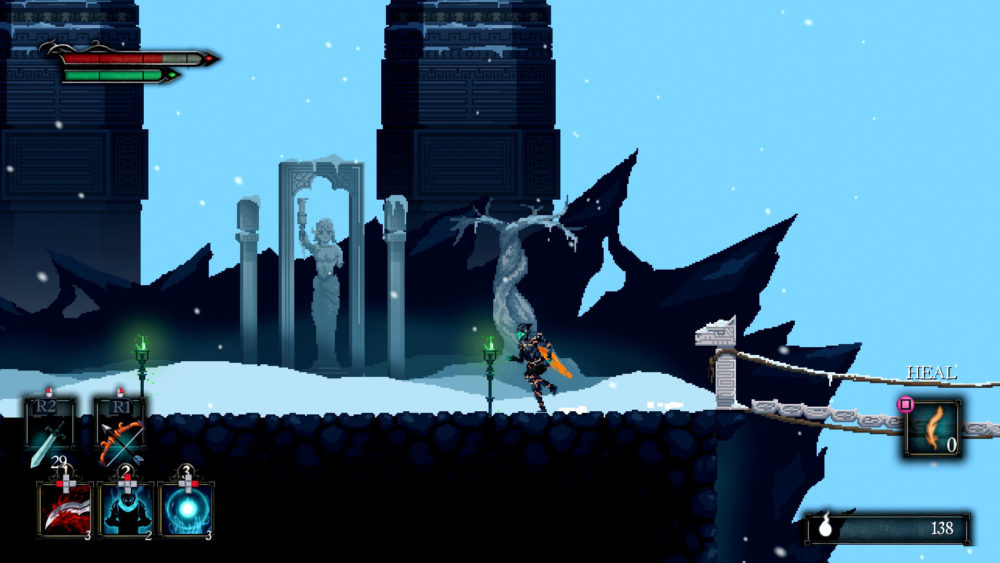 Adult Swim Games and developer White Rabbit have teamed up to release a new trailer for the upcoming 2D action platformer Death’s Gambit. The atmospheric platformer features hardcore gameplay littered with RPG elements that should appeal to players who love Souls-like adventures or even a good cinematic tale told through gameplay.

Players take on the role of Death’s servant, while you take on guardians of the realm and work to purge souls. There’s a wide variety of enormous bosses to struggle against as you employ different strategies for each one, much like what we saw in Shadow of the Colossus. You can customize your character with over 10 different weapon types like scythes, longswords, halberds, and more, though you’ll have to tweak the way you approach each individual fight no matter which weapons you decide fit you the best.

The game is headed to both PlayStation 4 and PC on Aug. 14, so better carve out some time in your schedule for later this month to give it a fair shake. It certainly looks engaging, if the footage shown off in the trailer is any real indication. If you want atmosphere and cinematic charm in your games, this looks like the best avenue for you.