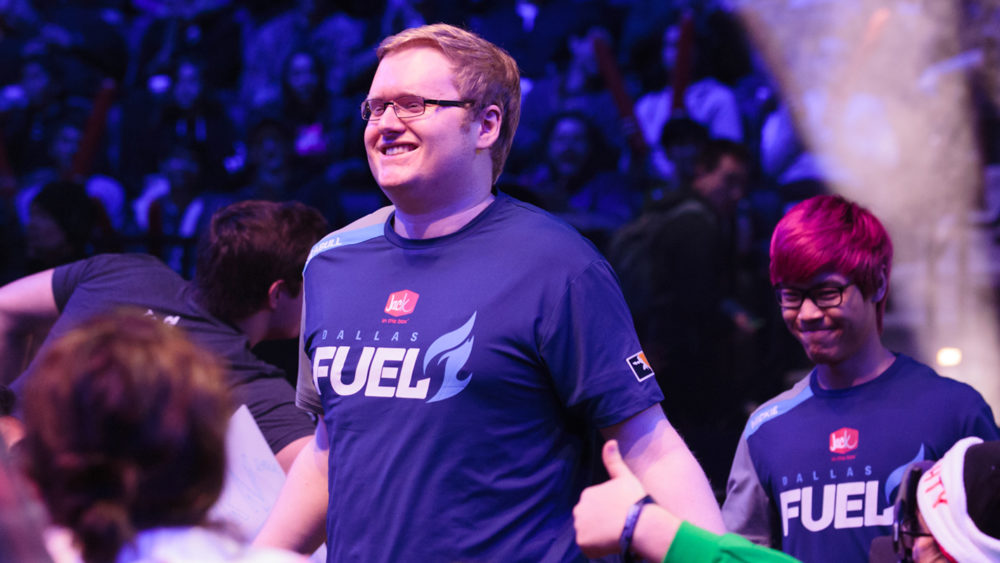 Brandon Larned, more commonly known as Seagull in the Overwatch and Twitch streaming scene, was a pro player for the Dallas Fuel during the Overwatch League inaugural season. Just today, he officially announced his retirement from the pro Overwatch scene, and stated that he’ll be going back to regular livestreams from now.

I am no longer a professional OW player.

During the season, Seagull was originally signed to be a flex DPS player for the team due to his proficiency with heroes like Genji and Pharah. However, as the season progressed, it became increasingly clear that the Dallas Fuel was having trouble with their tank line, and both main tank and off-tank players seemed unable to protect their teammates efficiently. The tank problem was exacerbated when xQc was suspended early on in the season, and then later let go from the team entirely. After some shuffling within the team itself, Seagull became the Fuel’s off-tank player, and the team began to see some success in official matches.

The Dallas Fuel did manage to see some sort of resurgence towards the end of the season, when they were able to adapt to the new meta after Brigitte was introduced, and they even faced off against the New York Excelsior in the Stage 4 semifinals. Even so, the team didn’t do well in the overall standings, and were placed 10th out of the 12 competing teams.

The second season of the Overwatch League will be starting up again early next year.