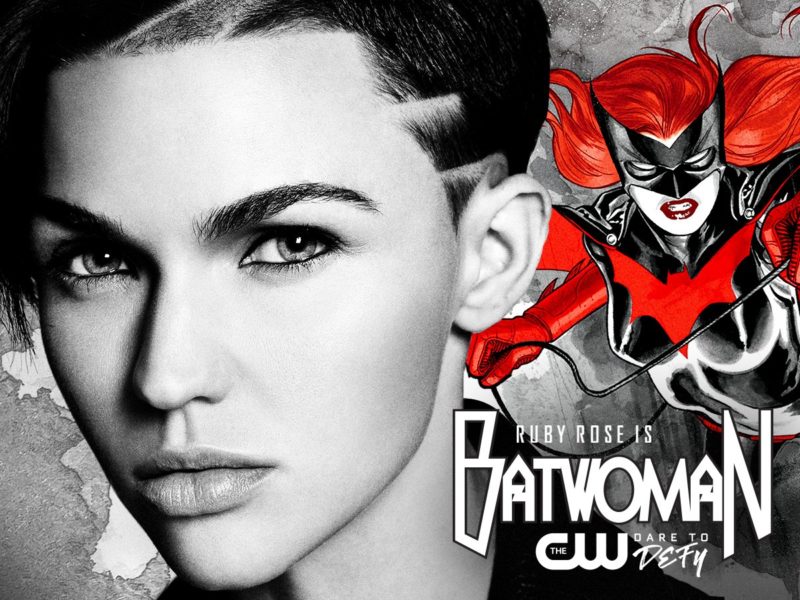 The CW has officially cast Ruby Rose of John Wick: Chapter 2 and The Meg, as the Arrowverse’s version of Kate Kane, Batwoman. Ruby will make her debut as the popular LGBTQ+ superhero in a crossover event with Arrow, The Flash, Supergirl, and Legends of Tomorrow in December. The inclusion of Batwoman in the Arrowverse’s annual crossover was revealed back in July, with the possibility of a Batwoman series.

According to Variety, if green lit, the series could premiere within the 2019-2020 season.  The series is set to be written and produced by Caroline Dries of The Vampire Diaries and Smallville renown. Greg Berlanti will continue his streak of Arrowverse productions with Batwoman, along with Geoff Johns’ production company Mad Ghost Productions.

Kate Kane was originally introduced back in 1956 in Detective Comics as a love interest for Batman. She was re-introduced in 2006 as a LGBTQ+ character as a part of DC Comics’ yearly event, 52. The character become even more popular with the graphic novel by Greg Rucka titled Batwoman: Elegy. Kate Kane has even been confirmed as a cousin to Bruce Wayne, her father being revealed as Bruce’s distant uncle. As a part of DC Comics recent 2016 relaunch, Rebirth, Batwoman has become a staple of the bat-family by leading a strike force of bat heroes in Detective Comics.