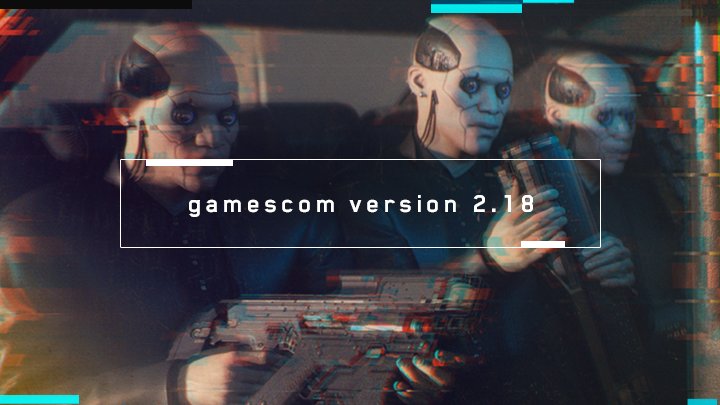 CD Projekt Red made waves at E3 2018 with the first full fledged reveal of Cyperpunk 2077, now almost 3 months later, the world is set to receive more of the Polish developer’s highly anticipated RPG.  Teasing a reveal on their Twitter account, CD Projekt Red is teasing another official reveal tomorrow at Gamescom in Cologne, Germany.

Cyperpunk 2077 won numerous Best of Show awards at E3, including making its way onto our very own. A demo was shown off during the show, but was only behind closed doors. Luckily, we got a chance to check out the behind closed doors demo and our very own Alex Gibson breaks it down for us. The demo left a huge impression on Alex, showing that CD Projekt Red is taking core elements of what it learned from The Witcher 3 and making something entirely fresh for the studio.

“I arrived at CDPR’s Cyberpunk booth expecting the game would leave an impression on me. It certainly did, but not at all in the way I imagined. There’s no question that drawing on the experiences of The Witcher 3 has been pivotal in the developer’s ability to produce such an ambitious project, but the DNA isn’t at all obvious at a glance. Cyberpunk is an entirely different animal; a bold new direction for the CDPR that seems destined to push the boundaries of video game design.”

Cyperpunk 2077 is based off the popular tabletop RPG Cyberpunk 2020 from Michael Pondsmith. Back in 2013, CD Projekt Red first teased the Cyberpunk 2077 project with a brief but now iconic teaser trailer. About 5 years passed since we truly learned anything more about Cyperpunk 2077 at E3 2018, during that time CD Projekt Red had released the finale of their critically acclaimed Witcher series with The Witcher 3.