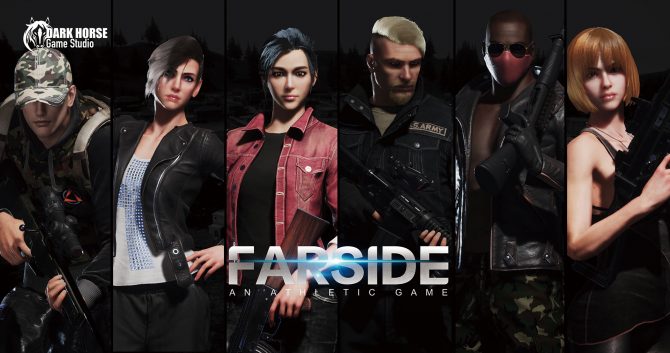 Perfect World Entertainment and Dark Horse Game Studio are hard at work on a port of a new battle royale title, and it’s got a rather unique name: Farside: An Athletic Game. The game was announced during PlayStation China’s press conference held in Shanghai, and it’s getting a PlayStation 4 port, since the game was originally slated to be a mobile title.

It’s not clear just yet whether it will end up coming west, or if it’ll stay tethered to China as part of the Chinese market, but it looks like it’s going to follow in the same footsteps as the battle royale games that came before it. There’s of course a ton of players who drop in to gradually move toward the center of the map to battle it out and become the last one standing, as well as a wide variety of weapons and vehicles to make things easier. There’s also a skill system to level up your character further.

There isn’t a lot of information out there just yet about Farside, but it obviously hopes to become a contender in the battle royale space. At any rate, you can check out the official trailer below. Hopefully there’s more information to come about it in the near future, though it does tend to make you wonder if we really need another battle royale game to be added to our growing collection.