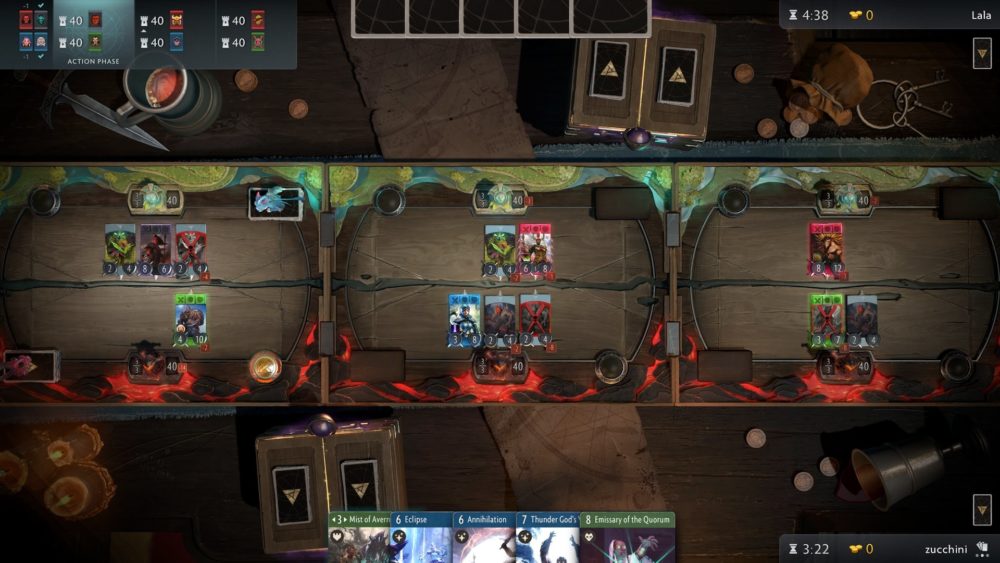 After a brief teaser and a myriad of news released about the game, Valve’s digital card game based on their massive online game Dota finally has a release date. Artifact will be available Nov. 28 on PC, Mac and Linux, and the game will be playable at PAX West, Aug. 31 through Sep. 3.

Following the lead of Blizzard’s popular trading card game Hearthstone, Valve’s Artifact will also be releasing on iOS and Android devices later next year. Until then, Wykrhm Reddy’s Twitter post invites potential players to “be there, play the game, win Artifact merchandise and two keys for a free copy of the game upon release” while at PAX West.

Steam describes Artifact as a game “designed to give Trading Card Game enthusiasts the deepest gameplay and highest ﬁdelity experience ever in a fantasy card game.” The game will also ship with 280 cards that includes 44 collectable and iconic heroes.

Often called a cross between Dota and Magic: The Gathering, Artifact seems to be a fairly complicated, yet addictive, trading card game that allows players to delve into the competitive world of Dota unlike ever before. Much like its MOBA counter-part, Artifact is a card game centered around lanes and targeting specific heroes to slowly conquer your opponent. As Artifact focusses on three separate lanes rather than one singular playing board, this game may not be for those unwilling to dedicate the time to learn and understand its mechanics, though it clearly offers a breath of new, exciting features in a TCG.

Artifact is set to release on Nov. 28 for PC, Mac and Linux with mobile releasing coming in 2019.