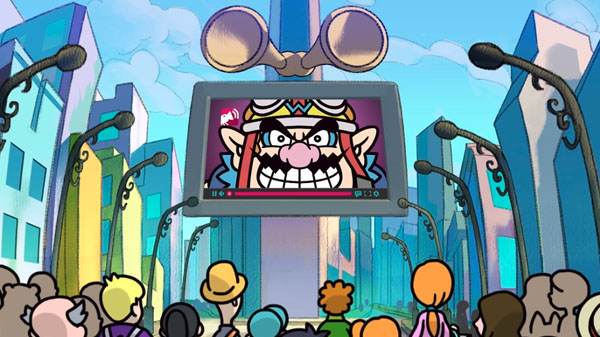 Looking forward to trying out the new collection of WarioWare mini games in WarioWare Gold? Or maybe you just can’t wait to see the animated cutscenes with full voice acting? You don’t have to wait much longer, as WarioWare Gold has a new demo out on the Nintendo eShop ready for European gamers to dig into. It’s available for Nintendo 3DS owners, and it looks like a blast.

Hopefully, this means we’ll also see a western release for the demo, since typically things like this settle down on systems ahead of the American debuts, so it looks like the writing could be on the wall. In any case, if you live in the area, make sure you snag the demo while it’s up for grabs, because it looks like one of Wario’s funniest adventures yet.

Instead of just animated scenes this time around, Wario and friends will be fully voiced, as you can hear in the video below. Charles Martinet is up to his awesome voice tricks, with some of the most words we’ve ever heard Wario speak before, in complete sentences and all. It’s kind of weird, but also amazing.

The game will feature 300 microgames, with new and old titles pulled from past games in the series, and if you’re a fan of the WarioWare games, you probably owe it to yourself to try out the demo.