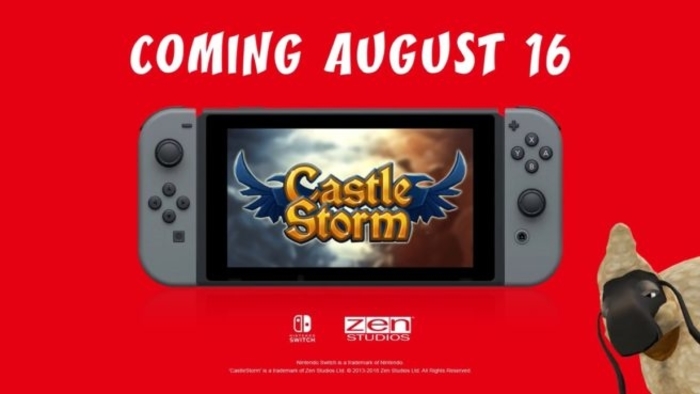 Zen Studios has announced that their tower defense/physics destruction game, CastleStorm, will be coming to the Nintendo Switch eShop next month on Aug 16. CastleStorm throws players into a battlefield to engage in castle vs. castle combat, ensuring an all-out war to the death. Zen Studios has released a new trailer for the Switch version of the game, which comes with some rad new features for the port:

CastleStorm on Switch also allows you to play Survival Co-op and Last Stand Co-op online, which lets two players team up and fight side-by-side or work together to outlast waves of enemies, respectively.

CastleStorm launches for the Nintendo Switch eShop on Aug 16 and is already available on pretty much every other system: PS4, Xbox 360, Xbox One, PS3, PS Vita, Wii U, iOS, and even Android devices.