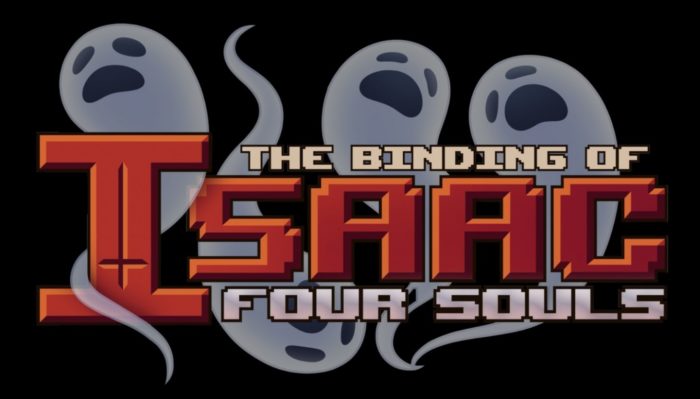 With 17 days still to go and only 15 thousand backers, The Binding of Issac: Four Souls card game has surpassed its original goal and earned $1 million while continuing to rise.

What began as a running gag between The Binding of Issac’s indie developer Edmund McMillen and Studio 71, Four Souls suddenly came to McMillen while he was sick with the flu. After having developed over 200 rough sketches for cards and creating the many interesting mechanics that would evolve into the first steps for Four Souls, McMillen knew he was on to something.

Finally on June 27, McMillen launched the Kickstarter campaign for his card game based on the massively popular The Binding of Issac, which features a unique, twisted take on the rougelike genre. Considering the goal for the campaign was initially $50,000, it’s safe to say that Four Souls has been well-beyond funded, which gave McMillen the chance to add a slew of stretch goals and updated rewards for the many different levels of pledging.

The Four Souls Kickstarter features 12 tiers available to backers that range from $5 to $1,111. To receive the game, backers must at least pledge $25, which will ensure that backers receive a chest full of everything they’ll need to start playing including 4 iconic character cards, 100 eccentric loot cards, 100 terrifying monster cards, and so much more. The goods only get better with each rising tier.

As far as stretch goals go, McMillen has posted several “To-Do lists” that must be met in order to unlock the cards for the upcoming game. These stretch goals include hitting $500 thousand to get Eve and her starting item The Curse in the game. Meanwhile some goals such as “51 fans dress up like Mom and post pics with #WHOAMI?” in order to get the Soul of Guppy card have yet to be met.

The Kickstarter page also features sections on how to play Four Souls and also gives a brief origin story as to how this game came into fruition. Seeing the heart and soul behind this ambitious project, its sure to hit all of its stretch goals while continuing to skyrocket past its initial expectations.

The Binding of Issac: Four Souls is estimated to deliver in Nov. 2018.