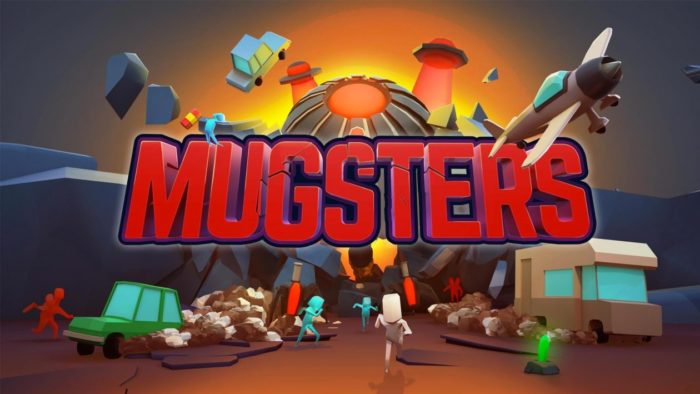 Fail and fail again when British indie publisher Team17 and developer Reinkout Games launches Mugsters next week, on July 17. Mugsters is a complete solo project by Finish developer Riku Tamminen of Reinkout Games, and is an isometric action-puzzler that looks to be a cross between the Square Enix GO games and Team17’s own The Escapists.

Team17 has released a funny little trailer showing how you can “try” to accomplish your objectives, but will fail and fail and, well, you get it. As you attempt to rescue many of your fellow earthlings many of the traps set by your alien enemies will stand in your way. It seems that there will never be a single clear solution to any given problem, and players will have to use many of the world’s vehicles and weapons to “MacGyver” their way to a solution.

Team17 announced the acquisition of Mugsters late last year, and just recently revealed the release date for the game. Team17 describes the game as an action-puzzler with the simple mission of rescuing survivors and fending off an alien invasion.

“In Mugsters you have one simple mission; to rescue survivors, defeat aliens, collect crystals and SAVE THE WORLD. Okay, so maybe not so simple. Mugsters is a physics-based, action puzzle game where you must outrun, out-manoeuvre and outsmart your enemies by experimenting with different sandbox levels, vehicles, environmental traps and explosives.”

Mugsters will launch on Nintendo Switch, Playstation 4, Xbox One, and Steam on July 17