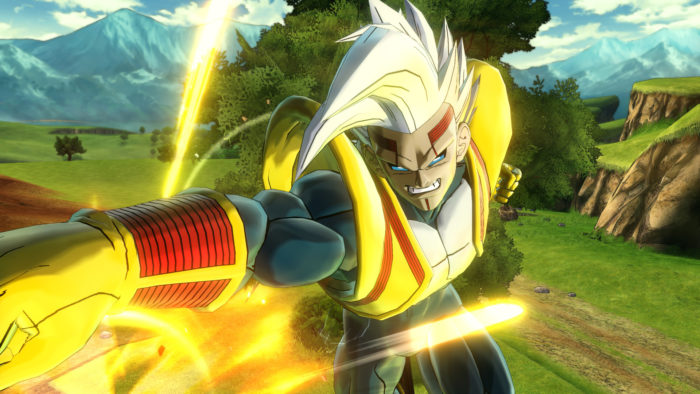 He’s sick, he’s cruel, and he’s coming for you!

To promote the upcoming content available in Dragon Ball Xenoverse 2 known as Extra Pack 3, a new trailer has dropped that showcases one of the newest entrants. Casual Dragon Ball fans might not be familiar with Baby, but he certainly made his presence felt when he debuted in the less ballyhooed Dragon Ball GT series.

As a parasitic life form hellbent on reaping vengeance on the Saiyan race, Baby was programmed to know nothing other than hatred and anger. His strength grew to unfathomable levels when he infected Vegeta, creating a hideous hybrid known as Super Baby Vegeta.

From the trailer, it’s clear that Baby’s insane brutality has been faithfully recaptured, as he deals out vicious combos that will be sure to leave foes reeling. It’s certainly nice to see a nod given to GT every now and then, especially when you consider that Super Baby Vegeta’s reign of terror was a particular highlight.

Extra Pack 3 is due to arrive this summer for PS4, Xbox One, Switch and PC. Dragon Ball Xenoverse 2 is already available on those platforms, so feel free to get yourself prepped and ready for Super Baby Vegeta’s unique brand of violence.