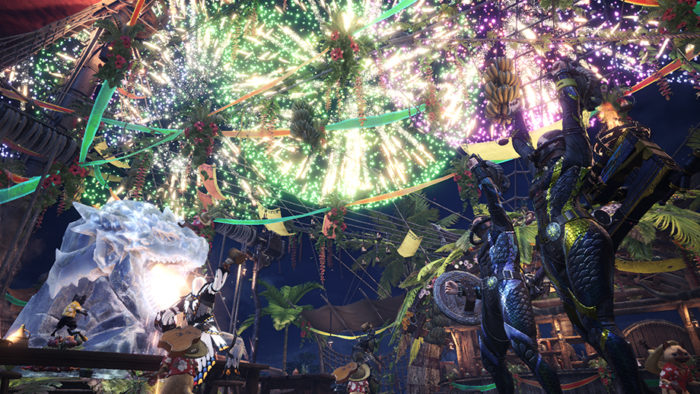 Sharpen your blades and hold on to your Palicoes, as Capcom has announced that the Summer Twilight Fest will be hitting Monster Hunter World on July 13. Similar to the Spring Blossom Fest, this new event will provide players with a plethora of new activities and bonuses to collect. The Celestial Pursuit will be completely decorated to celebrate the festival, and players can expect Poogie and the Handler to come equipped with some special costumes as well.

Capcom has yet to divulge any details about the event, but they did announce that the special event quests will be making a return. This is expected to include the quests, costumes and Palicoe gear related to Horizon: Zero Dawn, Street Fighter, and Devil May Cry. Players are also advised to check out their login bonuses and special bounties for some unique goodies as well.