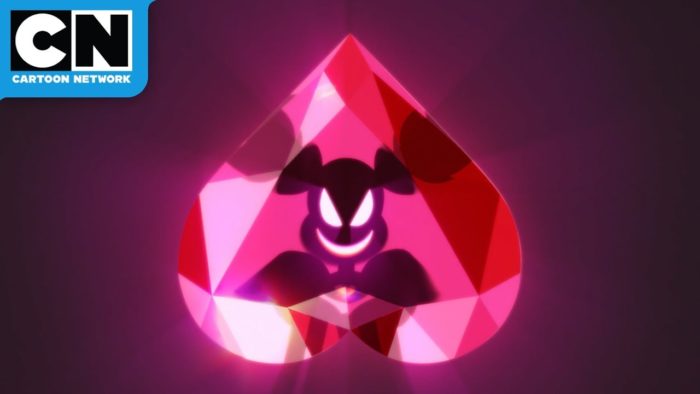 In the trailer, a heart shaped gem circles to show the four main characters, Steven, Amethyst, Pearl, and Garnet, reflected on its cut. As well as a final, silhouetted and villainous character that has yet to be seen in the show.

The trailer concludes by saying “Coming Soon to Cartoon Network”, so don’t expect this one in theaters. No official release date has been revealed yet, so prepare for a tentative hiatus before anymore information is given. Although Steven Universe fans should be used to hiatuses by now.

The show just had a string of episodes released in early July as part of the “Heart of the Crystal Gems” arc, with some huge reveals followed up by an adorable wedding. The next episode entitled “Legs from Here to Homeworld” has no release date as of yet, and it’s unclear whether Steven Universe: The Movie will be a string of episodes or its own unique feature film.