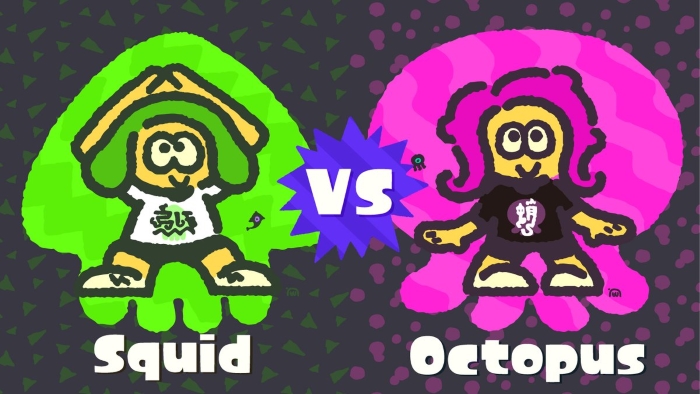 The first anniversary of Nintendo’s multiplayer shooter Splatoon 2 is coming towards the end of July, and the company announced earlier this week that the next Splatfest will pit two races against each other.

The anniversary event Splatfest will be between Squids and Octopuses, and will be available for every region to duke it out. Players will be able to pick between the two races on Friday, July 6 and compete in Turf War matches for their faction for two weeks until Friday, July 20, one day before Splatoon 2’s first anniversary of its launch on Nintendo Switch.

The Splatfests are usually between playful debates such as books versus film or pulp versus no pulp in orange juice, but Nintendo decided to make this one a little more special by allowing players to play as the race they pick. That means those who pick Squid will play as Inklings, while those picking Octopus will be Octolings.

The ability to play as Octolings was added last month with the Octo Expansion, but anyone will be able to play as the new characters during the Splatfest without owning the $19.99 add-on. Splatoon 2’s Octo Expansion also contains a new single-player campaign with 80 missions, 10 pieces of gear earned by completing challenges, and two octopus-themed gear unlocked immediately.