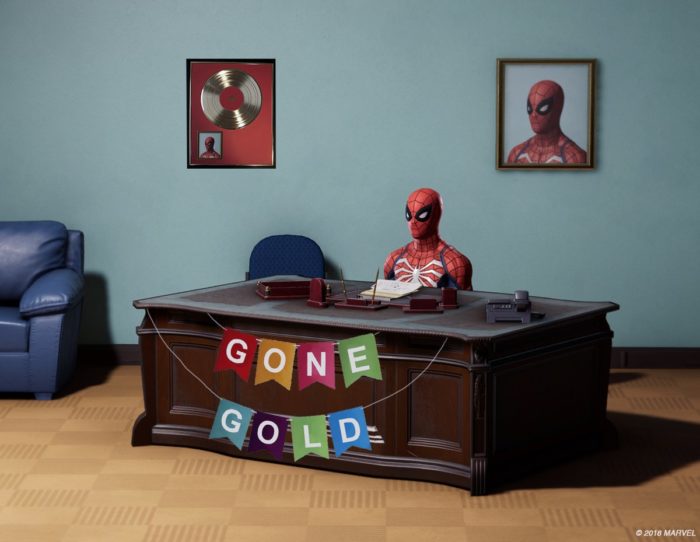 The hype train for Insomniac Games’ upcoming Spider-Man adventure has just hit its next station, as it has been confirmed that the game has officially gone gold. The announcement was made via the team’s social media, accompanied by what is clearly one of the best marketing photos ever (see above).

In case you’re not hip to the lingo, a game ‘going gold’ means that its production has been completed, and it is effectively ready to go. Rarely, this will lead to a game’s release date being brought forward if it goes gold earlier than expected, but there is little chance that this will be the case with Spider-Man, leaving us to just anxiously await its worldwide launch on September 7th.

Coming exclusively to PS4, it is yet another feather in the cap for a dominant 2018 from Sony, supplementing huge releases like God of War and Detroit: Become Human. Expectations for the game are extraordinarily high, leading some to believe that it could lead to a bright future for the Marvel Video Game Universe. It borrows timed combat elements from the Arkham series, and looks to deliver all of the wise-cracking, freewheeling, web-slinging antics we’ve come to know and love from Peter Parker.

And again, the promotional photo makes the whole thing worth it.