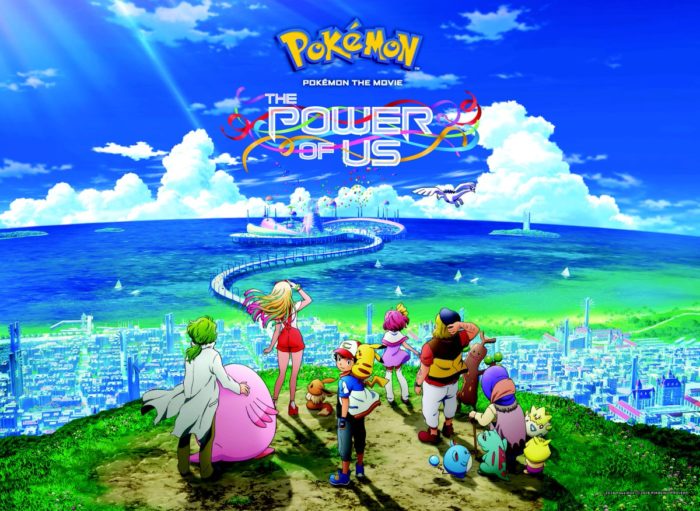 Fans of the Pokemon anime rejoice because the next movie in this winding universe of legendary-packed films is coming to theaters this Nov. and Dec. On its website, The Pokemon Company announced that Pokemon the Movie: The Power of Us will come to theaters for limited screenings courtesy of Fathom Events on Nov. 24, 26 and 28 and Dec. 1.

Based on the very familiar Pokemon anime from almost every childhood’s past, The Power of Us continues the newly rebooted series of Pokemon films that follow Ash as he once again makes his way through the various regions of the Pokemon world. In the series’ first film, Pokemon the Movie: I Choose You, Ash and Pikachu’s meeting is re-told through the lens of a brand-new adventure with Pokemon from all regions making appearances to further shake up the series’ iconic beginning.

The Pokemon Company’s website also gives a brief description of what fans can expect from the film:

Pokémon the Movie: The Power of Us tells the story of Ash and Pikachu as they journey to a small seaside town filled with a diverse set of characters, including a young athlete, a compulsive liar, a shy researcher, a bitter old woman, and a little girl with a big secret.

Every year, the townspeople gather to celebrate the Legendary Pokémon Lugia, who brings the wind that saved the town from destruction many years ago. The festival is a time for celebration, with a Pokémon Catching Race and a ceremonial flame burning brightly to summon Lugia. But when a series of incidents threatens not just the festival, but all the people and Pokémon who call the town home, it’s going to take more than just Ash and Pikachu to save the day. Will these people be able to put aside their differences and work together to rescue their town? Or will it all end in destruction?

The film’s trailer features the series’ usual assortment of beautifully crafted colorful settings, and it also does an excellent job of giving brief introductions to the assortment of eccentric characters Ash and Pikachu will meet on their journey.

Pokemon the Movie: The Power of Us is coming to theaters this fall.