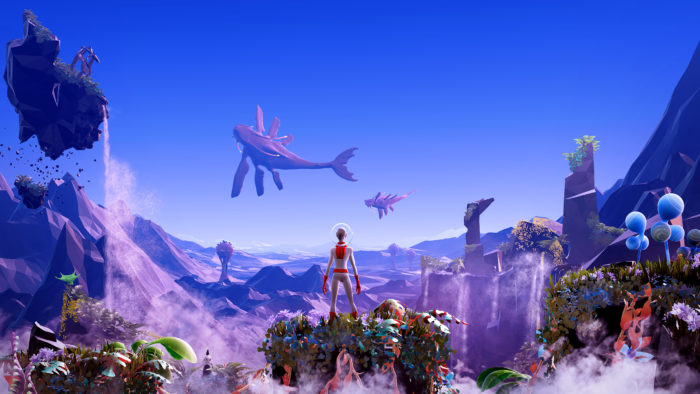 Earlier today Team17, the publisher behind Overcooked and Worms, released a new trailer for their latest title PLANET ALPHA. PLANET ALPHA is a sci-fi platformer that takes you to a fantastical planet where both the surface and darker depths provide danger and intrigue. The game features a blend of puzzles, platforming, and stealth in its core that is not dissimilar to titles like Limbo and Inside while featuring more vibrant visuals rendered in Unreal Engine 4. Check out the new trailer below.

PLANET ALPHA was created by Adrian Lazar after receiving the Unreal Dev Grant from Epic to help finance the game. In an interview with Unreal, Lazar touched on several points surrounding the game. One of the most striking aspects of the trailer is how the world around the game is incredibly alive. When asked about this, Lazar said “PLANET ALPHA is an adventure that takes place in a living alien world where you have the unique ability of being able to control the day and night cycle. It combines fast platforming, puzzles and stealth elements with a unique art-style to create an unforgettable experience.”

Later, he expanded on this by saying “We did countless iterations on the game, including a complete change of direction, but the feeling of being stranded on a living alien planet was one of the few things that stayed true from start to finish. From the beginning, we built the team and the workflow with this target in mind and every asset that we created had to contribute to this feeling.”

While the finished product is yet to be seen, the trailer seems to encapsulate this aspect so far. PLANET ALPHA is slated for a release on PS4, Xbox One, PC, and Switch on September 4, 2018.