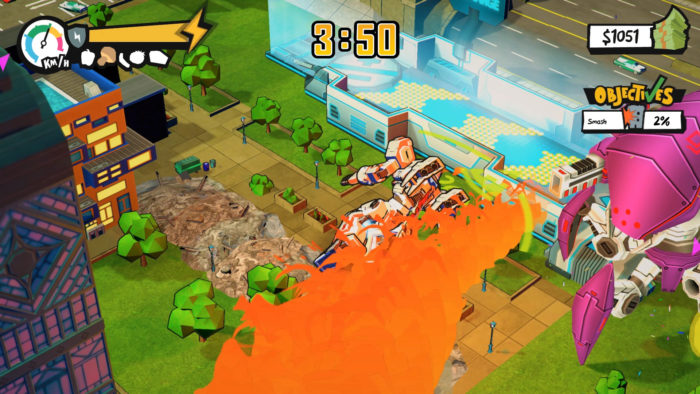 No one truly aspires to be a pizza delivery driver, but in the case of Pizza Titan Ultra, you may very well be scrambling to fill this particular job. In this quirky and colorful adventure from indie studio Breakfall, its your job to hop in a mech and deliver pizzas. Yes, Pizza Titan Ultra has what may be one of the coolest premises ever, especially if you’re a fan of Saturday morning cartoons and mechs in general.

The game finds you delivering pizza in a futuristic city in an enormous mech that also happens to host a pizza restaurant in its chest. You can customize your robot to your liking as you make your way through town to make sure the hot ‘za gets where it’s going on time, all the while without destroying the entire city. It doesn’t really matter if the pizza gets delivered if the city is falling down around your mech, does it?

This crazy title is coming to PlayStation 4 on August 21, so you can give it a try then if you’re so inclined.

Looks like a hilarious good time, if you ask us, and who doesn’t love pizza? No one, that’s who. Let us know if you end up picking up the game.