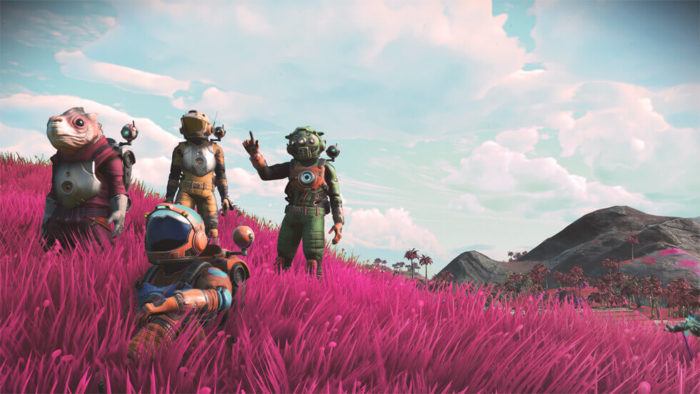 Update: The PC update is now live and available for download as of 2pm EST.

Hello Games’ latest update for No Man’s Sky has a lot of people excited. Titled NEXT, the new update adds the full multiplayer mode that players had been craving since the game’s launch back in 2016. As right now, console players on PS4 and Xbox One are already enjoying the new features, but PC players have been frustrated by a delay.

The release date for NEXT was scheduled for different times across each platform, and PC had been listed as 9am-11am EST. The time, however, has been and gone, and PC players are left waiting for an update without any information from either Steam or Hello Games.

We’ll keep this post updated as we wait for new information on the progress of No Man’s Sky NEXT on PC.

Check out our summary of all the new features coming to No Man’s Sky in the NEXT update here.