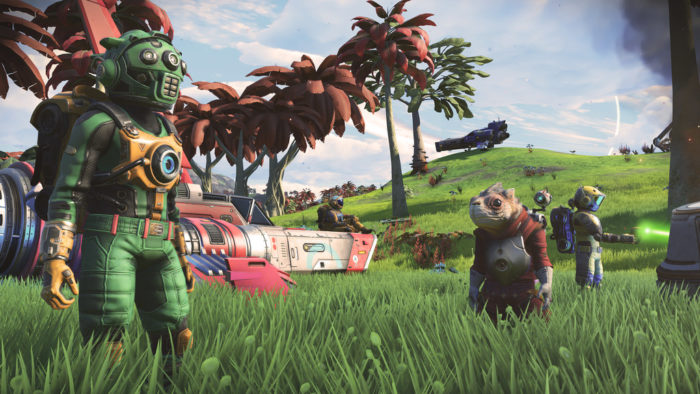 Hello Games has been hard at work over the past two years fleshing out No Man’s Sky with more content, but the upcoming patch, NEXT, is set to overhaul the game in its most substantial update yet. Most notably, delivering the full multiplayer design that many players had always expected would be included the original release.

Founder of the studio Sean Murray tweeted the new trailer earlier today with the caption, “This is No Man’s Sky NEXT. Play with your friends and discover a rebooted universe together.” Check out the trailer below:

Next includes a full multiplayer mode in which players can team up with friends or be joined by random travelers, and you’ll be able to grief other players in PvP action —both on foot and in space crafts. The action can all be played from a new third-person perspective, and you’ll be able to customize the appearance of your avatar with a range of different outfits. The sharp-eyed observers will also have noted some significant changes to texture quality across what appears to be much more varied landscapes. There’s also new base-building options and the ability to command fleets of freighters.

No Man’s Sky NEXT is a free update for those who already own the game, launching on July 24 for PS4, Xbox One, and PC.