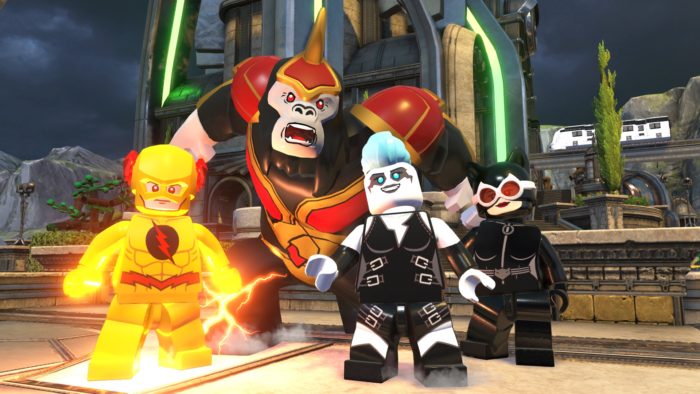 There’s a new Lego DC Super-Villains trailer out now, and this one is the funniest yet. Narrated by Harley Quinn herself, it introduces the character creator as well as a look at the new “bad guys” (read: the “good guys”) in the game. Harley walks you through how you can create your own custom character to join the DC Super-Villains universe, and how you’ll team up with characters like Harley Quinn, Solomon Grundy, Killer Croc, Clayface, and the Joker to fell this new team of “good guys” who aren’t what they seem.

If that doesn’t make sense, here’s some clarification. The story follows a plot thread where the Justice League has disappeared all of a sudden without a trace. That leaves Earth without any real protection from the likes of evil, until a new group of heroes called the “Justice Syndicate” step in to try and assist. When villains from the Legion of Doom discover that these heroes may not be who they say they are, things change up significantly. This time around, the villains have to work together to see if they can stop the Syndicate from doing whatever nefarious things they have planned.

The game is releasing Oct. 16, 2018 on PlayStation 4, Xbox One, Nintendo Switch, and PC. It will also have the following unique pre-order bonuses, specific to certain retailers:

Are you ready for a new Lego adventure?