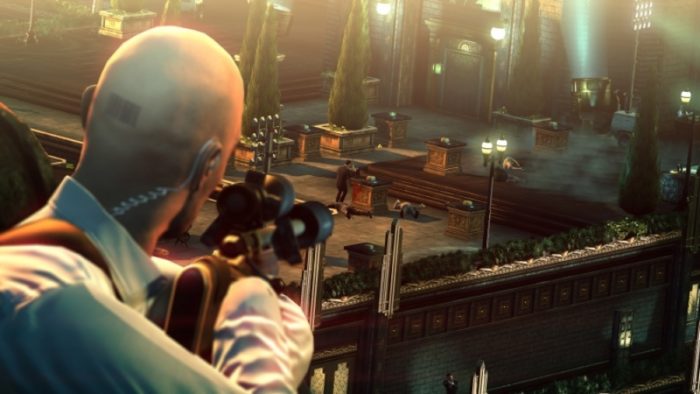 Hitman 2 is on the horizon, and with it Warner Bros. has announced a new competition for Hitman: Sniper Assassin. Starting today, you can start playing the game to potentially win a very cool reward: your face in Hitman 2.

You’ll need to register for an IOI account, then play Sniper Assassin in “solo” mode as Agent 47. The competition will have entrants checking out high scores as they play the game to see where they currently stand after playing the game. The three top scorers on each gaming platform will be determined at the end of the competition on Nov. 6 2018. So you’ve got a few months to basically decimate the leaderboards if you want to be considered for inclusion in Hitman 2.

You’ll need to work hard if you want to be added to the game, but it’s going to be something of a scramble for the face to be added, since Hitman 2 launches on Nov. 13 on Xbox One, PlayStation 4, and PC. It won’t be utilizing the same episodic format of the previous game, either.

If you’re looking to be immortalized in a game, then you might want to dust off your Hitman: Sniper Assassin skills to see if you’ve got what it takes to jump to the top of the leaderboards and bag the prize. It sure would be a cool addition to anyone’s gaming resume to have appeared in a game, that’s for sure!

Will you be trying to enter the competition to emerge victorious? Let us know in the comments!