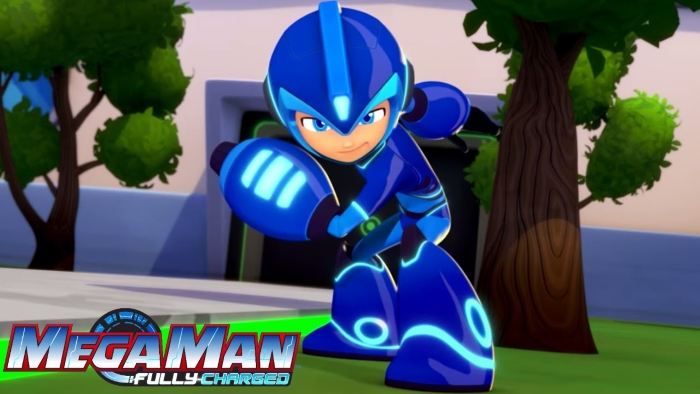 Capcom’s blue bomber Mega Man is getting his own animated series coming to Cartoon Network on Aug. 5.

Mega Man: Fully Charged follows Aki Light, a “regular, upbeat, robot schoolboy,” with the hidden power to transform into Mega Man. Mega Man will keep his signature Mega Buster arm cannon and the ability to absorb the powers of enemies as he protects Silicon City from Sgt. Night and his team of Robot Masters. The blue robot will not be alone in this venture with a few friends to help him out, including Rush the dog, Mega Mini, and Suna Light. Aki will also have to deal with his twin brother, Namagem, who is also under the influence of Sgt. Night.

The teaser trailer released is for the first episode, called Throwing Shade Pt. 1, while both the trailer and episode premiered at Comic-Con on Friday. The series is being produced by Man of Action Entertainment, Dentsu Entertainment USA, and DHX Media. The cartoon was first announced in 2015.

Entertainment Weekly reports that 10 episodes of the show will be available on the Cartoon Network app and other VOD and streaming services on Aug. 3. The same episodes will be broadcast on the channel every Sunday at 6:30 p.m. starting Aug. 5.

Meanwhile, Mega Man 11 is scheduled to launch for PC, PlayStation 4, Xbox One, and Nintendo Switch on Oct. 2.