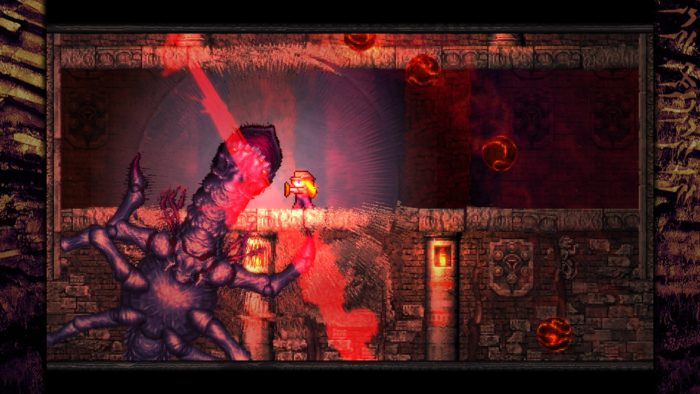 Playism’s La-Mulana sequel, La-Mulana 2, is available today on PC, so if you’ve been waiting around to hit up the follow-up to the excellent adventure, now’s your chance. La-Mulana is a rougher, more difficult version of Metroid. In fact, the two franchises share quite a few similarities when it comes to game design.

In the original game, you take on the role of Lemeza, the guy in that little hat. He’s tasked with doing a little spelunking in the titular La-Mulana, and it’s your job to help him out with that. This time around, however, you head into the ruins of Eg-Lana as Lemeza’s daughter, Lumisa Kosugi. The goal is to figure out why there’s a ton of monsters just popping up everywhere.

If you’re going to be checking it out, be advised you may very well be frustrated when you first start out, but there’s a decadent kind of challenge in the game that you’ll get used to pretty quickly. It’s an exciting adventure rife with some absolutely gorgeous sprites, which is part of the attraction, if we’re being quite honest.

Check it out below and see if you’re brave enough to tackle the ruins on your own!