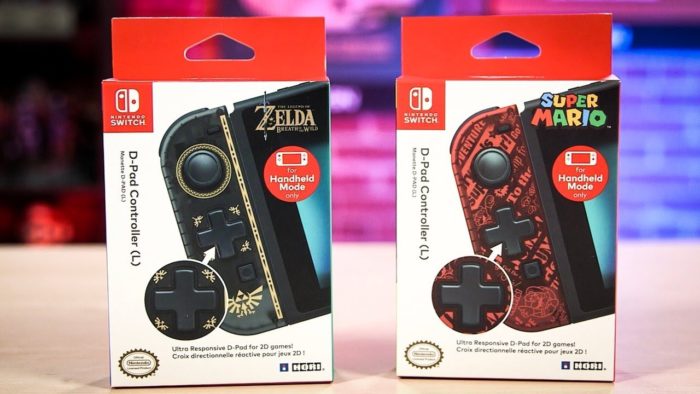 Back in March, it was announced that HORI, a Japanese company known for making a plethora of gaming accessories, would release a new controller for the Switch which brought a d-pad to the system’s handheld mode. Nintendo’s official left Joy-Con gave up the stable feature in order to function as a standalone controller on its side. HORI’s remedy to this was the Mobile Mode Exclusive Cross Connector for Nintendo Switch.

It has been announced that the product is also receiving an official launch in the West on Sept. 18, replacing it’s overly long name with a much simpler one: HORI D-Pad Controller (L). Not only is it being released over here, but we’re also receiving two different designs based on The Legend of Zelda: Breath of the Wild and Super Mario.

Like with the original Japanese release of HORI’s joy-con controller, it lacks many features of Nintendo’s controller. The main features that it gives up is HD rumble, gyro sensors, and the accelerometer. This means that the controller will not have any motion control functionality. Due to the lack of Bluetooth, it can’t be used as a wireless controller; it can only be used in handheld mode when it is directly connected to the Nintenso Switch console. It’s clear that the controllers primary use is for 2D games, as the box states, “ultra responsive d-pad for 2D games!”