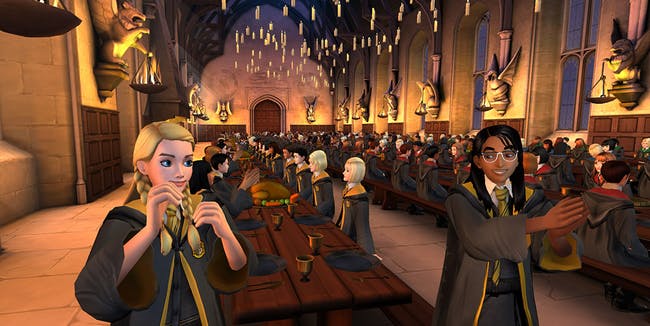 Harry Potter: Hogwarts Mystery now has a multiplayer dueling mode in which you can test out your wizarding skills against other players. It’s running until July1 15,a and will be open to any players who have connected their accounts to Facebook.

It’s the first limited-time event of several more to come this summer, and you’ll be able to use the same set of spells you’ve used previously while at Hogwarts, including fan-favorites like Flipendo and Expelliarmus, and all those same ones that fans know by heart, because they’re so ubiquitous. The twist with this event is that you can duel against other players like you normally would with characters in the main storyline arc.

You’ll be matched with various players around the world, and awarded three tickets during the event that you can duel against them with. When you win, you retain your ticket and receive special rewards as well. Losing means you also lose a ticket, so you’ll have to scrape and climb your way to the top if you want to remain in the game and keep matching up against others.

There’s no word on when the future events will take place, but we’ll likely see several more before we head into fall. For now, check out the promotional trailer below.