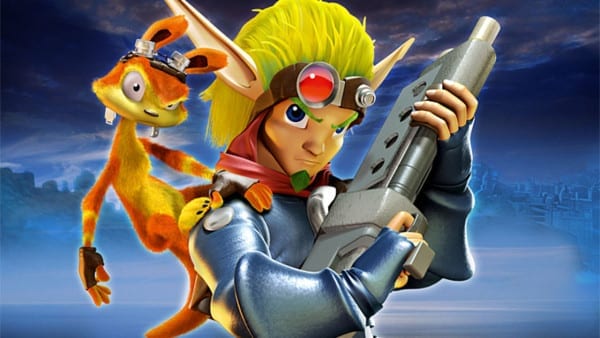 If we’re going to talk about action platformers similar to Ratchet & Clank, the Jak & Daxter series is one of the first to come to mind. While the first game is a little bit more rooted in traditional platforming, the next two games infuse a lot of action similar to what you’d find in Ratchet & Clank. There’s a heavier emphasis on combat and you can utilize different guns and vehicles to take out enemies and complete objectives.

There’s a lot of similarities between the two franchises, both in terms of their origins, and how they evolved over time. The biggest difference is that while Ratchet & Clank went on to have a life that continued through the next two generations of consoles, Jak & Daxter never left the PS2 and was capped out with a kart racing game. Naughty Dog, the developers, moved on to the Uncharted series and later, The Last of Us.

While there haven’t been any recent Jak & Daxter games, a collection of them were released on the PS3 and PS Vita. 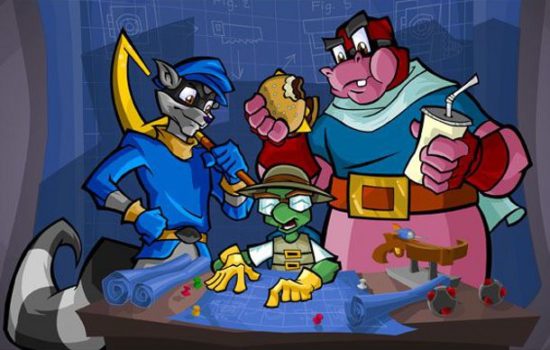 The Sly Cooper series is another PS2-era gem that blends platforming and action. In the case of Sly Cooper, it hangs its hat on light-stealth gameplay and a narrative centered around pulling off Ocean’s Eleven-like heists. The original game mostly has you controlling Sly exclusively. You’ll complete levels, and collect pages of the Thievius Raccoonus, a family heirloom filled with ancient techniques that Sly can learn to help him clear more difficult stages. In Sly 2 and Sly 3, there’s more of a heist angle to it, and you’ll have more time with his partners in crime: Bentley, the brains behind the operation and Murray, the muscle and getaway driver.

The PS2-era games are the best ones in the series if you can somehow get your hands on either a PS2, or a backwards compatible PS3. If not, Sly Cooper: Thieves in Time released on the PS3 and PS Vita, so if you have either one of those consoles, you can jump into that one. It’s not as good as the original trilogy games, but it can certainly scratch the Ratchet & Clank itch.

Spyro the Dragon is pretty hot right now. Everyone is hyped up for the re-release, Spyro Reignited Trilogy, coming this September. For good reason too. Vicarious Visions and Activision did an incredible job with the Crash Bandicoot N. Sane Trilogy. The graphical face lift exceeded expectations and the gameplay was left intact other than a few small modern conveniences likes game saves instead of passwords.

You can play all three of the Spyro games now on PS1 if you still have it. But if you can wait just a few months (at least as of the time of this writing) Spyro Reignited Trilogy will very likely be the superior experience. It looks and plays great, and is a great choice for fans looking for games like Ratchet & Clank. Spyro games feature lots of action, puzzle solving, and it has a collect-a-thon and 3D platforming gameplay as well for those into that. 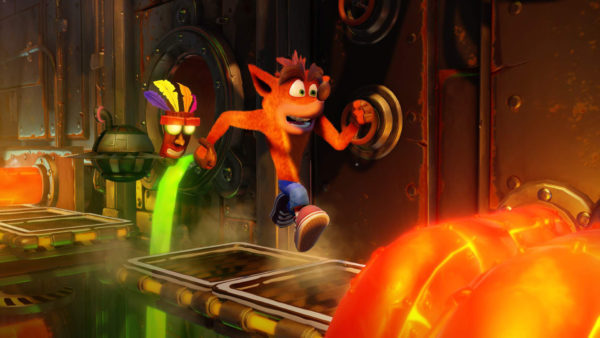 The Crash games may not have the same level of action that Ratchet & Clank have, but if you don’t mind an experience more focused on platforming, you’ll find that Bandicoots can be just as cool as Lombaxes.

I likely don’t need to explain who and what Crash Bandicoot is to most people, but just in case: the Crash Bandicoot games, experienced best in 2018 through the N. Sane Trilogy, are 3D platformers that are less about collecting stuff (although there is an element of that for sure for completionists) and more about surviving extremely challenging platform segments.

While Crash 1 is very platformer-focused, by Crash 3, the games incorporate a lot more action sections such as racing, plane flying, and some weapon play with the Fruit Bazooka. 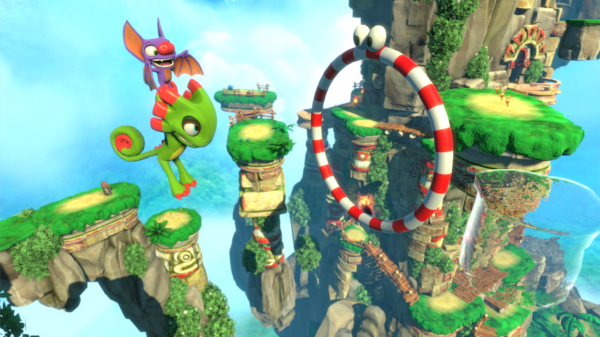 Yooka-Laylee might not have lived up to the extremely high bar that was set by its spiritual predecessor, Banjo-Kazooie, but it’s still an fun 3D platformer with lots of gameplay variety that Ratchet & Clank fans would likely appreciate. Like Ratchet and Clank, you get to make use of both Yooka and Laylee in combat to explore massive game worlds, filled with things to collect. They each have abilities that you can unlock that will give you access to new Pagies, the number one thing you want to collect, that you couldn’t get beforehand. As you collect more Pagies, you’ll not only unlock new worlds, but you also have the option of expanding the world you already have to open up new sections.

While exploration is the name of the game in Yooka-Laylee, there is still a moderate amount combat and puzzle solving you’ll need to tackle.