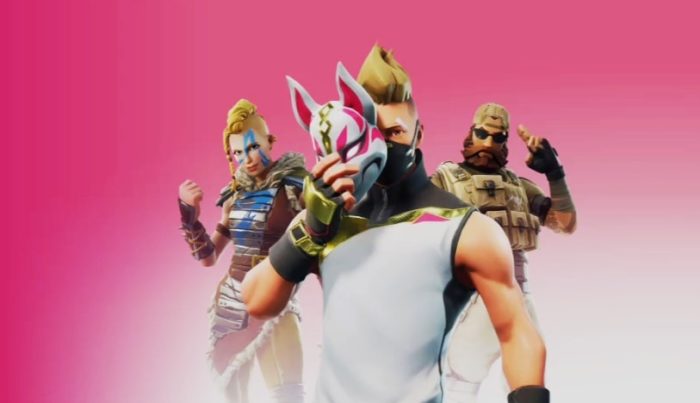 In just a single snap, Fortnite season 5 is trading in heroes and villains for a crossover like never before. Epic Games had been dropping hints about the next theme, with the Wild West being a pretty popular theory, but they’ve decided to mix everything together with Worlds Collide.

As the name implies, strange new locations have been popping up all over the island, from Viking ships, desert outposts, and even ancient statues. Worlds Collide adds a handful of new areas, including a desert map and two locations, Paradise Palms and Lazy Links. Not to mention that this isn’t even counting the slew of new POIs that have popped up around the island in Fortnite season 5.

Worlds collide in Season 5! A viking ship, desert outpost, and ancient statues have appeared all over the island, changing the world of Fortnite. Hop in an ATK with your squad and uncover all new mysteries and locations.

With the shopping cart making its debut last season, players have been hoping for a new decked out ride in Fortnite season 5. Epic Games has delivered, and now you can cruise around in style with the new All Terrain Kart (ATK) that even has a bounce pad for a roof. Another mysterious addition to the game are cracks around the map called rifts. While we don’t know much about ’em, it’s supposedly a place where you can “test your courage.”

And, of course, it isn’t Fortnite season 5 without a new battle pass filled with all sorts of quirky cosmetics for your character. The Worlds Collide battle pass comes with 100 new levels, meaning there are 100 new rewards to get your hands on. If you’ve managed to save up some cash, you’ll have to fork over 950 V-bucks for the Fortnite season 5 battle pass. To make things easier on your end, progressive challenges aren’t locked behind a single season, meaning you can finish them at your own pace.

You can hop in and watch Worlds Collide in Fortnite Battle Royale’s Season 5 right now. For more details on Worlds Collide, the battle pass, and other interesting tidbits, check out the full patch notes here.