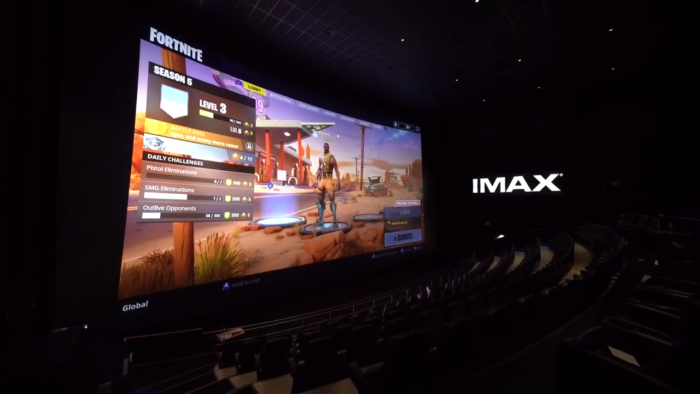 You’ve seen Fortnite. You probably play it regularly. Heck, you probably even talk about it every day. But have you ever seen it on an IMAX screen? This is the lengths people go to so they can have what may possibly be, as the video’s title implies, the “world’s biggest Fortnite setup.” And honestly, we’re kind of here for this kind of awesome excess.

Unbox Therapy headed to an IMAX theater after pairing two consumer projectors to create what he thought at the time was the biggest Fortnite gaming setup. You can watch the video below, as IMAX invited him to check out the facility to see what the “true” world’s biggest setup would actually look like.

The 80-foot screen theater included some nice padded seats, and the video’s tour of the IMAX facility is definitely something that needs to be seen to be believed. But just imagine seeking out your coveted Victory Royale on a screen that large. It’s insane!

Check out the madness below!