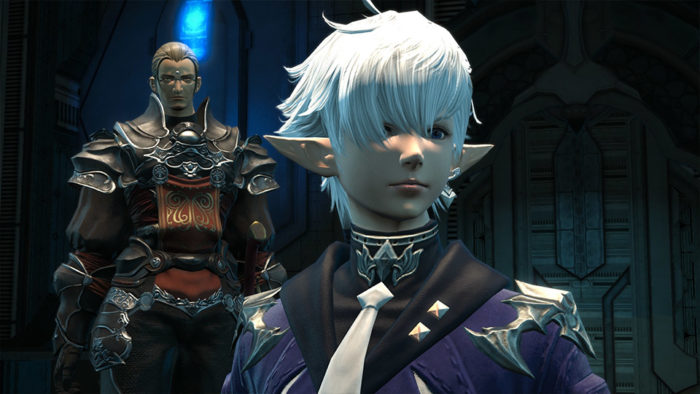 A Final Fantasy XIV dataminer by the name of IcarusTwine from Reddit and the FFXIV Discord, did a little digging around recently and found a link to a non-existent file, and shared a directory list from one of the internal storage files (their words, not mine). What can be plainly seen in the image that IcarusTwine shared on r/FFXIV, is a curious reference to a “BlueMageAction.”

New jobs and speculation of said new jobs are always exciting, so seeing something like this should get naturally get most FFXIV fans pumped up. Especially since Red Mage and Samurai got put in, Blue Mage has been one of the most requested jobs to be added next.

Let’s pump the brakes a little though. While yes, this could be the hint of a Blue Mage character of some sorts appearing in FFXIV’s upcoming story update, which is sometimes a precursor to future additions (Rogue/Ninja and the Au Ra for example), it isn’t always the case. There are references to Geomancers all over in Stormblood, yet that job does not yet exist. The same can be said for Gunblade wielders, which have been in the game since at least A Realm Reborn, but have not been usable by players.

Also, unlike Blue Mage’s inclusion as a job Final Fantasy XI, which has a more sandbox style when it comes to job and party roles which made it a perfect fit for that game, Blue Mage’s historical versatility makes it ill-fitting for FFXIV’s rigid party system. The old saying of trying to fit a square peg into a round hole would be fitting in this case.

I’m not saying it won’t be added for those reasons, but it’s definitely more challenging for the FFXIV dev team than say throwing Samurai in as a DPS and calling it a day. You’d have to either allow it to play all three roles depending on spell set up, or pigeon hole into one, which kind of buries the charm of it a bit.

But let’s see what happens. There’s a reason why people like me are writing about games and not making them. I’m sure after creating two pretty cut and dry DPS classes with Stormblood, the developers wouldn’t mind taking on the challenge of how to add Blue Mage into FFXIV in a creative way, if that is indeed what’s being hinted at here. It could also mean nothing, it’s a rumor after all.

Maybe we’ll get more information at the first FFXIV fan fest which will in Las Vegas on Nov. 18 later this year.