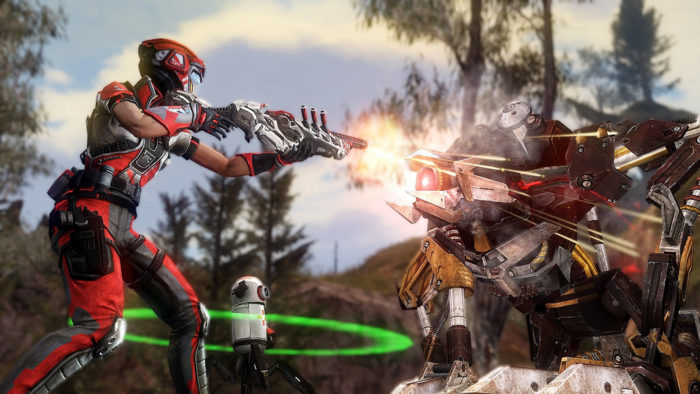 Trion Worlds’ Defiance 2050 is out now, a reboot of the original Defiance MMO. It doesn’t have an accompanying show on Syfy this time around, but that means it could be a much more interesting affair. It’s available on PlayStation 4, Xbox One, and PC, and it gives the original game some serious polish.

The story follows Defiance after the show’s cancellation back in 2015 by Syfy, and 20 years have passed in-game. The Arkfall has left a mass amount of alien Votans dead, and Earth has been transformed into a postapocalyptic wasteland — you know, as Earth tends to have happen to it. Players will explore the game’s vision of San Francisco as they scout out an open world for supplies, take out enemies, and complete story-based missions.

This online title will feature many of the same aspirational things that the original Defiance featured, including massive co-op battles, tons of various weapons and skills to use in battle, and large-scale alien threats that need to be quelled before they take over the entire Earth. It looks like an interesting adventure, but time will tell if it can make up for the old game’s past mistakes.

Interested in giving Defiance a look? You can check out the trailer above.