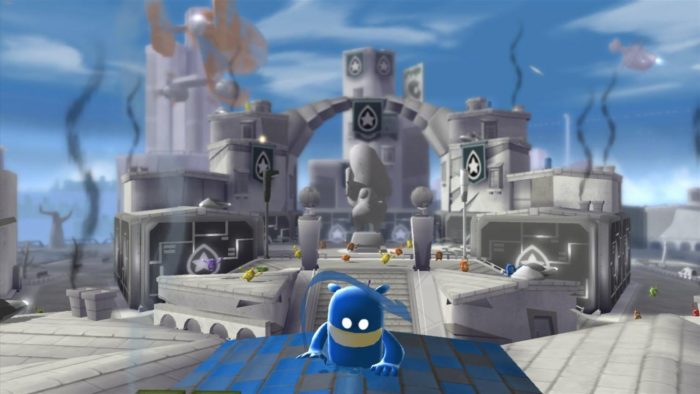 The colorful adventure de Blob 2 finally has a confirmed release date for Nintendo Switch, and you’ll be playing it a little sooner than you might have thought. THQ Nordic’s remastered platform will be headed to the system this August. The game follows the villain Comrade Black as he continues to lead his “war on color,” which means he’s trying to take over the entirety of Prisma City…but he won’t be able to do so with de Blob working on his own color revolution.

The platformer is set a few years after the events of the original de Blob, and features “painting” as its main game mechanic combined with other platforming bits. You’ll be fighting against attempts to rid Prisma City of its color and individuality, which means the residents are being drained of their color and what makes them unique. The game is set to include 12 new single-player levels, new power-ups, boss battles, and multiplayer support this time around.

If you’re ready to recruit some friends to help you save Prisma City, check out the announcement trailer below and get ready to experience this game’s rebirth on Switch when it official drops on Nintendo Switch on Aug. 28.