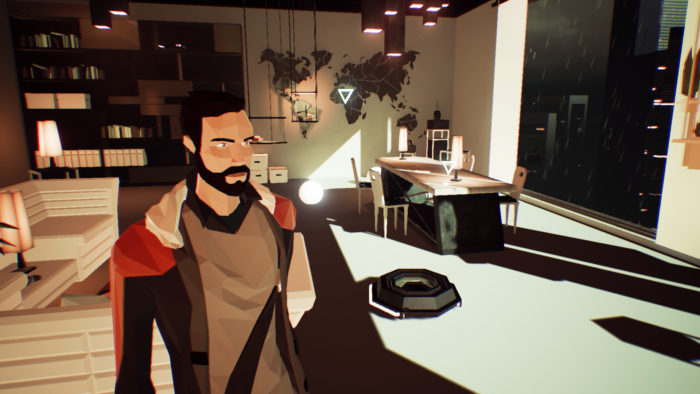 Daedalic Entertainment’s upcoming State of Mind has been dated for an August release, and we’ve gotten a new look at the new title as well. It’s a surreal look into the mind of those who subscribe to the transhumanism school of thought, which explores how humanity can evolve beyond its physical and mental trappings. It also looks like a pretty insane thriller that you’ll explore from the perspective of six different characters.

You’ll follow lead character Richard Nolan, a journalist who’s also a father who’s lost his wife and child. He’s not sure what’s happening with his fragmented reality, and his memories are shattering, as it seems. But it’ll be your job to figure out what’s going on and what’s caused all of this heartbreak and confusion for Richard as he sets out to figure out what’s going on in his mind and his life that seems strangely connected to another protagonist’s: Adam Newman.

It may not make a lot of sense initially, but hopefully this is one of those games where everything converges at the endear some really cool twist. At any rate, it features a pretty interesting premise, if it can deliver all the way to the very end. It’s coming out on August 15, so we won’t have to wait very long to find out how it fares on Xbox One, PlayStation 4, Nintendo Switch, and PC.