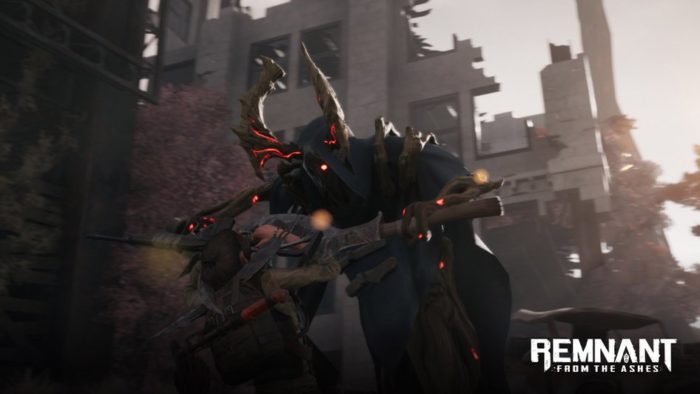 Gunfire Games, who you may know as the developers of Darksiders 3, have announced that their next game will be Remnant: From the Ashes.

According to the information released with the trailer, Remnant: From the Ashes is a third-person, survival-action, co-op shooter. And while all of those hyphens may seem a bit verbose, from the trailer the gameplay seems to be similar to games like Borderlands and Destiny with more fantasy-trope flair. Check out the official announcement trailer below:

With so much gameplay being shown within this announcement trailer you may be wondering exactly when you can get your hands on the game. It has been announced that a playable demo will be available at both Gamescom and PAX West later this year.

Remnant: From the Ashes is to be set in a post-apocalyptic Earth that has been overrun by beings from another dimension. These tree-people, or The Root as they are called in the trailer, seem to be equipped for melee combat, heavy artillery, and magic. They also appear to have at least one fire-breathing dragon, also made out of wood, which seems like it could be a fire hazard.

The game will have players traverse dynamically generated levels, feature character customization, and include item crafting. A major component of the game will also see players working to populate their main base, which may also serve as a mission hub of sorts where traders will congregate.

Remnant: From the Ashes, developed by Gunfire Games and published by Perfect World Entertainment is due for a 2019 release on PS4, Xbox One, and PC.