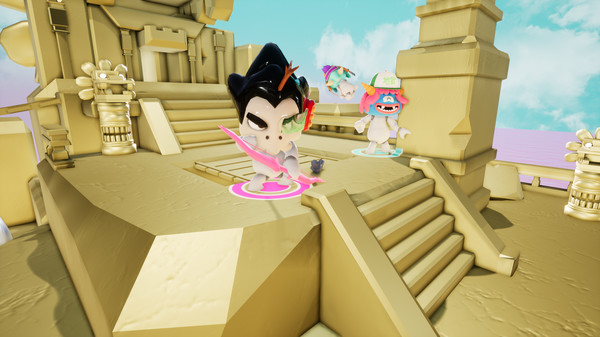 If you’ve ever watched a Japanese game show, you’re probably familiar with the wackiness and craziness that can occur within their confines. That’s why you’ll likely get a kick out of Headsnatchers, a colorful new game that lets players “snatch” each other’s cartoony heads and use them to play mini games. You could, for instance, slam dunk your best friend’s head as a basketball or even flush them down a toilet. The possibilities are endless.

If you like flying solo, there’s a single-player Zombie mode to wade through, so don’t think that you have to be particularly social. You can play through a single-player zombie castle conquest, four-player local couch co-op, and four-player online multiplayer with 25 levels that find you using you and your friends’ heads to play several different types of games, as seen in the trailer below. You can customize your own head as well, with over 100 different heads and a visual head editor for you to create one from scratch.

It sounds like a lot of silly, random fun, especially judging by the look of the game itself, which adopts a unique and colorful Moshi Monsters-esque aesthetic, much like something you might see from Adult Swim’s cadre of mobile games or something similar. The games take place on a large floating board to add a bit of surrealism, too.

Check out the trailer below, because it might be the only time today you watch one player try to flush the other down a toilet. Probably, anyway.