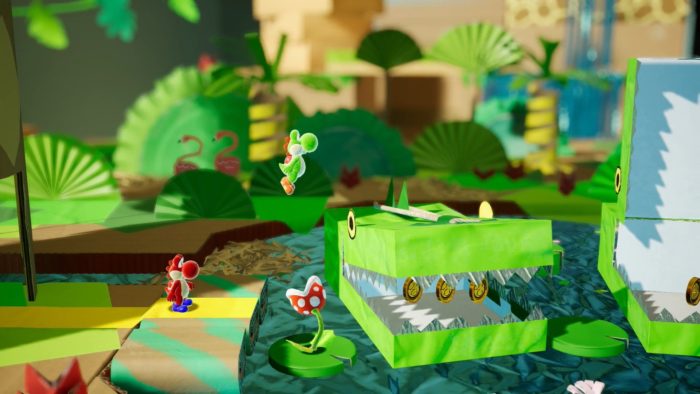 You may have noticed an adorable absence from E3 2018 this year, with the super cute Yoshi game in development for Nintendo Switch missing from Nintendo’s streams and presentations during the show. Well, as it turns out, that was deliberate, as Kotaku has confirmed with director of product marketing at Nintendo, Bill Trinen. Trinen stated that the game may not be at E3 2018, but it’s still in development. At least that’s a relief.

Trinen states that more updates will be coming for the game “later this year,” but there weren’t any additional details offered at the time. It’s a bit odd, considering that initially the game was meant to launch in 2018, but perhaps it’s finally been named and changed so much that it’s become something new entirely. It’s going to be a very fun addition to family Nintendo fans’ collections, whatever the case may be, that’s for sure.

It’s great news to hear for now that it’s still very much alive and kicking at this time. A new Yoshi game is certainly something we can’t wait to get our hands on, so it’ll be great to finally hear a title or at least new screens and details about what we can expect from the new Switch adventure. Whenever we do have additional information, you can be sure we’ll share it with you as soon as it’s available.