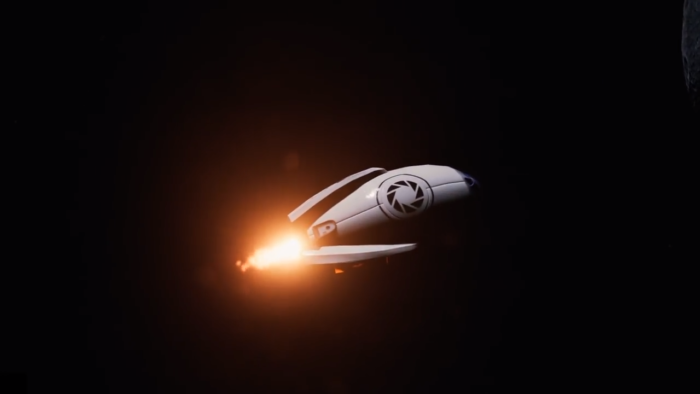 Jonesing for a new entry in the Portal universe? Valve has your back, sort of. There’s a new tech demo out for a new VR title called Moondust, which brings players back into the world of Portal, even if only for a brief moment, and Valve has ensured there are plenty of humorous references to keep you engaged.

You suit up as a worker recruited for Aperture Science’s Lunar Resources Initiative, and you head up into space to build a modular space station, then down onto the Moon for additional tests. It’s all meant to show off Valve’s latest VR controller, the Knuckles EV2. The sandbox experience you get with Moondust will let you manipulate various different objects, crush moon rocks, drive around moon buggies, shoot things at targets, and interact with hilarious Portal-like narrators that love to sass you.

The demo is an intriguing look into what we could eventually get with a new Portal game, if that ever does come down the pipeline, and it’s great to see Valve dipping its toes into the waters when it comes to VR controllers, which you can use one at a time with or wear a pair. You can only get them, right now anyway, via developer kit, but if the games with the kind of manipulation in Moondust are any indication, they’re going to make a real splash when they debut.