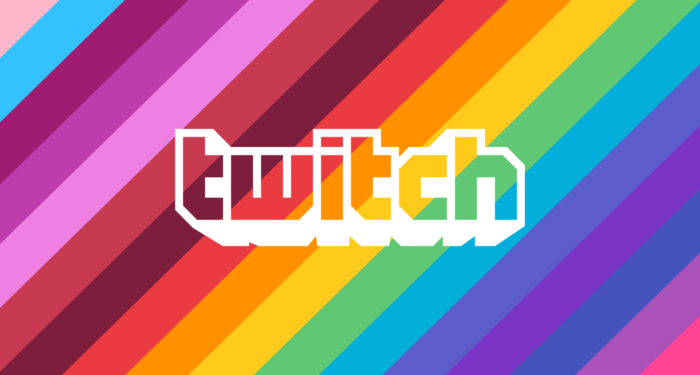 June is Pride Month and Twitch is celebrating in a number of ways, all month long.

In a blog post made today, Twitch announced the many ways streamers and viewers can get involved in this month’s celebration of LGBTQ+ pride. According to the blog post, Twitch promotes the idea that they are a place where anyone and everyone can be themselves.

“Twitch is a place where everyone can be themselves, and this June, we’re standing with all of our LGBTQ+ viewers and streamers around the world to celebrate love during Pride Month,” the blog post reads. “We’re highlighting LGBTQ+ creators, unveiling a bunch of new Pride shirts, taking part in the SF Pride Parade, and partnering with the Human Rights Campaign (HRC) to raise money for equality. There’s a LOT going on, so let’s get to it.”

Starting today, Twitch will be a promoting an LGBTQ+ creation on their front page every day in June. In their blog post, there’s a schedule of who is set to be featured and what their schedule for that day looks like. Also available today are the company’s new “Cheer for Equality” shirts. There are four different shirts, each displaying a flag that represents either the Lesbian, Gay, Bisexual or Transgender community. They’re available via Amazon (and Amazon Prime) for $17.50 each and 100 percent of the profits will go to the Human Rights Campaign.

Not only is Twitch celebrating Pride Month with fundraisers and features, they’re also getting directly involved with what is widely considered one of the oldest and largest Pride parades in the US: the San Francisco Pride Parade. The San Francisco-native company says they’ll be at the parade in “full force,” and that once Pride Month wraps up, they’ll be sharing a video with information about how much money is raised for the Human Rights Campaign, footage from the parade and more. Beyond that, Twitch also announced in the blog post that they’ve teamed up with “It Gets Better” to, “empower LGBTQ+ Twitch staff to share their support and encourage LGBTQ+ youth all around the world.”

Finally, new emotes and cheermotes are rolling out to the streaming service now. There are four new emotes, each inspired by one of the Pride Month shirts Twitch is selling, and five rainbow flag cheermotes. These are permanent additions so you’re not limited to using them in just June.

If you want to celebrate Pride Month even further, there’s a free PS4 theme available right now on PSN.