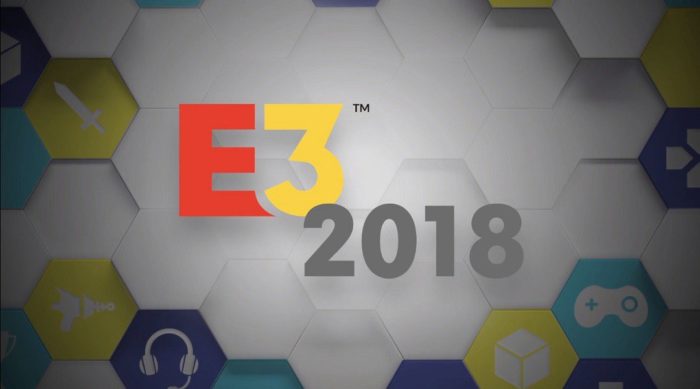 The last time we saw this infamous title was Command and Conquer 4: Tiberian Twilight back in 2010. On the EA stage at E3 2018 the world was shown the long awaited return of Command and Conquer, but unfortunately it was not what people expected. Command and Conquer Rivals is a new mobile game being developed by Redwood Studios, and if this wasn’t disappointing enough, it was debuted in a slow-paced live match during EA’s press conference.

The Command and Conquer name is not one to be thrown around lightly because of it’s high praise in the PC real-time strategy community. While the game itself did not look bad by any means it just doesn’t scratch the itch Command and Conquer fans have been asking for, and it left people unsatisfied.

If you told me during Square Enix’s E3 2018 press conference that they would be debuting a brand new game I would be speculating wildly with excitement, however, when The Quiet Man showed up it left people with a lot of questions, and not to mention Square Enix’s press conference as a whole was underwhelming with the absence of games like Final Fantasy 7 Remake, and The Avengers game.

The Quiet Man’s trailer used a mix of both live-action cutscenes and in-game graphics to try and showcase how the game will blend the two. While the game itself may be good in the end, the reveal was nothing short of confusing and a little bit jarring, especially when this was shown but none of the big titles mentioned before.

Halo, the crowning achievement of Xbox gaming has been in a tough spot the last few years or so. Coming off of the divisive Halo: 5 Guardians from 2015, Microsoft had to show up big with the next Halo project in order to raise Halo back up to its former self, and Halo Infinite didn’t quite hit the mark we were hoping for.

Yes it is extremely exciting to finally get a glimpse into the next installment in this long-running franchise, but unfortunately that is all we got, a glimpse. A few shots of some environments, a Warthog speeding over some grass, and a shot of Master Chief holding his helmet is all we have to hang on to for who knows how long. The one good thing about this reveal was the announcement of the new engine titled Slip Space that will be powering this new game, which could mean a total redesign for how Halo works. A potentially amazing announcement for Microsoft that fell just a little flat in a press conference full of great announcements.

The recipe to making a great announcement isn’t the same for every game, some need proving gameplay, while others may just need a CGI trailer to get the plot across, but you need at least something. With the announcement of a new Star Wars game you would think people would be talking about it more, but that’s not the case with Star Wars Jedi: Fallen Order.

Respawn Entertainment announced their game while sitting down in the crowd and simply revealed the name of their game. All we received was the title, that it will release in 2019, and that it takes place between Star Wars: Return of the Sith and Star Wars: A New Hope. In terms of a game announcement it was extremely low energy and didn’t quite give Star Wars fans anything they wanted.

Todd Howard from Bethesda Games Studios took the stage at Bethesda’s E3 2018 press conference to tell the world about Fallout 76, but he also came with a few other surprises up his sleeve and one of those was a new mobile game titled The Elder Scrolls: Blades. That’s right, the next installment in this popular franchise are going to be played on your mobile devices.

Todd Howard did state it would be coming to virtual reality and whatever else they can port this to, but it will be launched on mobile first. While the game looks impressive and offers a few different modes such as an endless dungeon crawl, player vs player competition, and a town rebuilding system it still isn’t quite the experience players were hoping for. Skyrim was released in 2011 and while it had been re released for modern consoles and virtual reality fans were clamoring for the next true installment in The Elder Scrolls series.

During the E3 2018 Xbox Briefing Head of Engineering Ashley Speicher came out to talk to everyone about a new feature called Faststart. This feature will use machine learning to load games on Xbox Game Pass twice as fast, giving consumers faster access to the growing library of games available on the service.

It is always a struggle to figure out when in a press conference to talk about new features or hardware, because it can be quite a pace killer, which is why this announcement made it to the list. Wedged between world premiere The Division 2 footage and a high energy Id @ Xbox montage was where this announcement found itself and because of that it felt disjointed from the rest of the conference.

The Coalition took the stage at the E3 2018 Xbox Briefing to show the world the new Gears projects they have been working on, and one of them is an oddball. Starting with a trailer of a Funko Pop Marcus Phoenix chainsawing his way through the wall the first announcement from the team was Gears Pop, which is a collaboration between the collectible toy company Funko Pop and the dark gritty Gears of War franchise. This mobile game had fans confused and rightfully concerned that this would be the big Gears of War announcement for the press conference. Luckily The Coalition did have a Gears Tactics game and Gears 5 to show off, but that doesn’t change how truly bizarre Gears Pop is.

Starfield and The Elder Scrolls VI

Bethesda had a jam-packed E3 showcase this year with a lot of announcements in popular franchises like Wolfenstein, Fallout, and Doom. Todd Howard decided to end the showcase he would give us a glimpse into the future of Bethesda, and he even muttered the words “next-gen” when talking about Starfield and The Elder Scrolls 6. Both trailers for these games were nothing more than a mere panning camera and a title reveal not really giving us much in the way of an announcement other than confirmation they exist.

While it is gratifying to have confirmation that both of these titles do exist these weren’t really much of an announcement considering Starfield has been trademarked by Bethesda every year and The Elder Scrolls is one of their most popular franchises. We could have used just a little more information about these games to make them feel more like an announcement and less like filler.

Mew is Exclusive To the Poke Ball Plus

Nintendo focused heavily on Super Smash Brother’s Ultimate at this E3, but that didn’t stop them from making a few other announcements during their E3 2018 Nintendo Direct. One of those announcements was for the upcoming Pokemon Let’s Go Eevee and Pokemon Let’s Go Pikachu titles. If you purchase the Pokeball accessory for the game which works as a joy-con in the shape of the iconic Pokeball you will also receive the legendary Pokemon Mew as a bonus.

It is unclear if the Pokeball accessory is the only way to obtain Mew or if there will be a ahcnace to encounter it at a later date. The Pokeball accessory costs $50 which is already a steep price, but add the $60 cost of Pokemon Let’s Go Eevee/Pikachu to that and you’re already $110 invested before you even start your journey to catch them all.

Black Ops 4 Will Still Have a Season Pass

This was not an announcement made on an E3 stage, but one made by Activision on the very first day of E3. Every year Call of Duty releases with the ability to purchase a season pass which will grant you all the upcoming map packs for the following year. This is not out of the ordinary for the Call of Duty franchise, but Battlefield V recently announced all of their support and updates will be free going forward leaving fans of Call of Duty to hope for the same.

Splitting your player base in segments based upon who purchased the maps and who hasn’t only makes it harder to support everyone equally and keep a larger audience coming back consistently. Activision also announced that instead of releasing a pack of maps every couple of months they will split it into more frequent smaller updates, which makes it even harder for fans who are not purchasing the season pass.