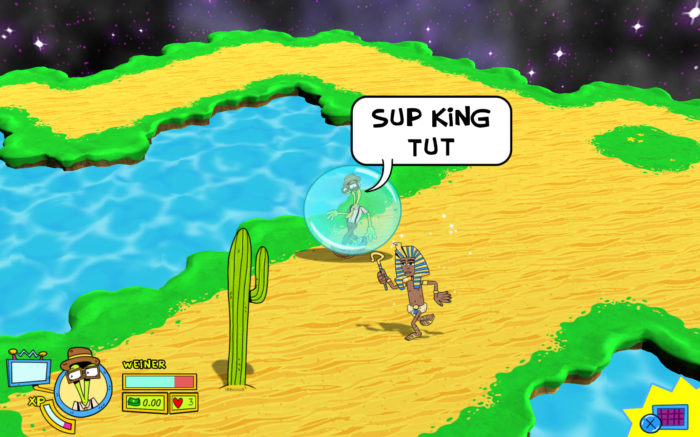 ToeJam and Earl are coming back, and a lot sooner than you might have thought. The fourth entry of the “funkadelic” duo is coming this fall, and losing a publisher in the form of Adult Swim Games. Instead, Greg Johnson, founder of HumaNature Studios and original creator of the duo, has stated that the team will be publishing the game on their own.

The team is currently targeting a fall release now, with another announcement as far as when we can expect it coming down the line. Johnson clarified the reasoning behind the publisher change, however, in a statement sent out to journalists.

“Going forward Adult Swim Games is no longer going to be our publisher,” Johnson said. “Instead we are going back to self-publishing! Adult Swim Games has some other big titles they plan to launch this summer so when Back in the Groove pushed back, we both agreed that it made sense for them to hand us the reins, rather than taking a chance on this getting pushed back any more.”

With that said, there’s also going to be a closed beta taking place within the next couple of weeks for anyone who contributed to the game’s Kickstarter campaign as early access backers, with feedback sought out from those who do end up giving it a try. The Nintendo Switch version as well as other console iterations are nearly ready to be submitted for certification, so we should be able to expect announcements on when we can try out the full game soon.