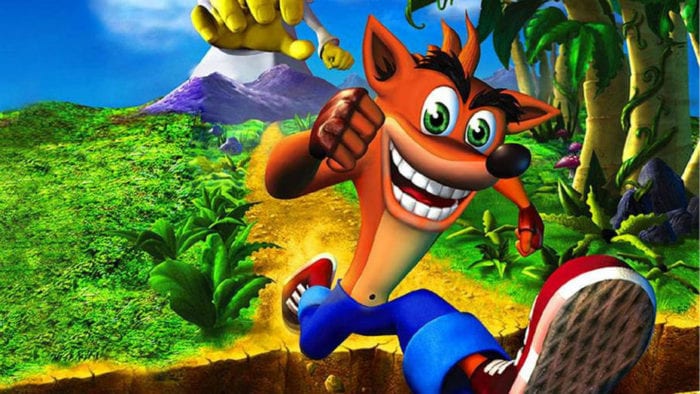 Crash Bandicoot, despite being created as a PlayStation mascot in the beginning, was always destined to make it to handhelds. While later entries in the Crash series, such as Crash Bandicoot: Mind over Mutant, made it to consoles like the PSP back in 2008, he’s never got a fair chance at captivating gamers who choose mainly to play on the go. That’s why bringing the Crash Bandicoot N. Sane Trilogy to Switch was such an excellent decision, as Crash is going to feel so right on Nintendo’s latest handheld.

The Switch port is set to release later this week, along with the PC and Xbox One versions, and while I haven’t had a chance to give it a try just yet, having opted earlier for the PlayStation 4 edition when it launched last year, there’s hardly a better platformer from another console I can think of that would feel just as home on the system as Mario himself, at least in terms of titles from Crash’s era. Perhaps the only thing that could make it feel even cooler would be some sort of Crash Bandicoot amiibo or even support for the Joy-Cons’ motion control capabilities. That certainly would be useful, after all.

Otherwise, the Switch is one of the best places for this bandicoot to be making landfall on. Crash is going to be available to an entirely new set of players when the Switch version releases, many of them young children—so, a ton of new families and parents will start the cycle anew of the child enjoying the same things their parents did when they were older. Somehow, experiencing it all on Nintendo’s handheld makes it even more poignant.

For the uninitiated, the Crash Bandicoot N. Sane Trilogy features remastered versions of the first three titles in the Crash series, including Crash Bandicoot, Crash Bandicoot 2: Cortex Strikes Back, and Crash Bandicoot: Warped. They all debuted at various times, ranging from 1996 through 1998, developed by Naughty Dog for the original PlayStation. They’re the best games in the series by a wide margin, and the release of last year’s N. Sane Trilogy on PlayStation 4 showcased them in a very favorable manner. And people obviously want to play them, as they ended up selling over 2.5 million copies by September 2017, certainly nothing to sneeze at.

The trilogy adds new features to the games, including pause menus, save systems, and unified checkpoints as well as manual and automatic saving. It’s all perfect content for the Switch, as you’ll likely be playing on the go as it is. Done with a particular area for the night? Feel like you’re going to tear your hair out if you have to try that boss area again? No worries, just save your game and take your Switch with you when you head out on that daily work commute. It’s a game that already lends itself well to bite-sized chunks of play, with a level here and a level there, so having it available on a console that you’re not chained to your home console to play is even more beneficial.

Unfortunately, aside from the Nintendo 3DS series and Switch, since Sony has seen fit to all but kill off its own portable system with the PS Vita, this is our only shot at a real remake on something we can take with us, and because of that, Crash is going to settle on in just fine. It’s time for him to see what it’s like to tour the world, properly this time. And it’s time for a whole new set of Crash fans to be born, too. I can’t wait to meet them, and I can’t wait to dig into the Switch port, myself.