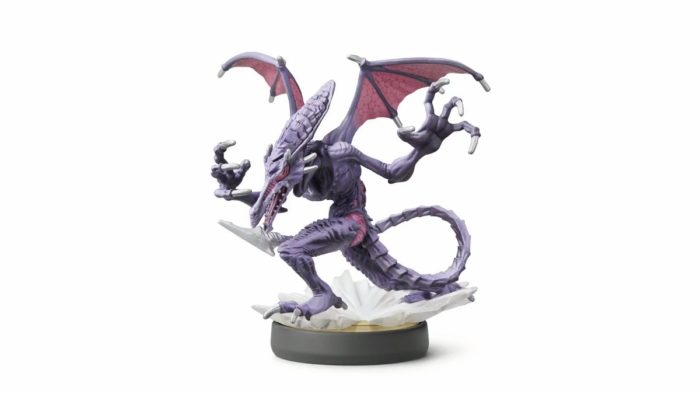 Nintendo has announced that not only will Splatoon’s Inkling and Metroid’s Ridley both be joining the upcoming Super Smash Bros. Ultimate roster, but they will both be receiving special Smash Bros. amiibo.

Nintendo showcased the first footage and all the major details of Super Smash Bros. Ultimate during their E3 2018 presentation, showing off tons of technical tweaks, gameplay, stages, and the massive cast of characters. The big announcement was that all characters from previous Smash Bros. titles would be returning for this “Ultimate” version of Smash, including Bayonetta, Pichu, Solid Snake, and two big newcomers with the Inkling and Ridley.

Fans have clamored for years over the introduction of Ridley to Smash, and many people said that it isn’t possible because he was just too big to work in to the roster. It seems that these concerns have now been put to bed, as Ridley will finally be joining the Smash Bros. team, and has – as the trailer put it – “hit the big time”. Nintendo also confirmed that the Inkling from Splatoon will be playable in Ultimate, and will feature eight different costumes to represent the original game’s style, as well as Splatoon accurate weaponry and ink management built in to the fighter’s mechanics.

Nintendo had some very welcome news about Ultimate regarding amiibo, and stated that any and all previously released Smash Bros. amiibo would be compatible with Ultimate, as well as any other amiibo of a character present in Smash Bros. Both the Inkling and Ridley will be receiving Smash Bros. amiibo releases, with an amiibo for Daisy also planned to release sometime in the future, though no official images have yet been shown for her one.

Super Smash Bros. Ultimate is planned for release on the Nintendo Switch on Dec. 7, 2018.