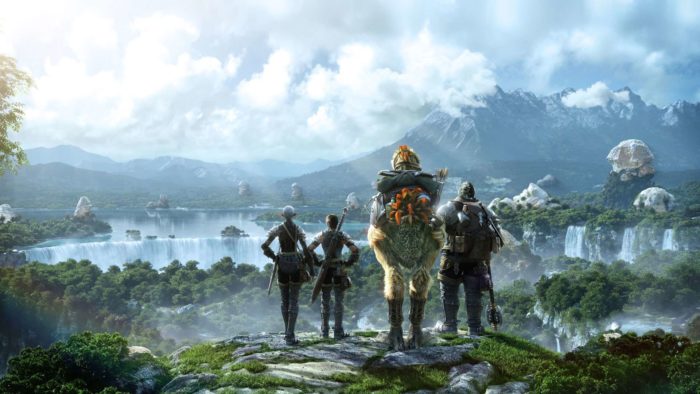 Final Fantasy XIV has been out on PC, PS3, and PS4 for quite a few years now, but it seems that Square Enix is still trying to bring the MMORPG to the Nintendo Switch in some form, even hoping for cross-play with the other platforms.

In an interview with VGR, Final Fantasy XIV producer Naoki Yoshida, answered some questions concerning the possibility of bringing the game to the Switch. Yoshida states that he wants “as many ways to play as possible,” speaking about Final Fantasy XIV. Apparently, Square Enix is in talks with the three big publishers – Microsoft, Sony, and Nintendo – to figure out how to bring the game to the Xbox One and making sure that all versions of the game can communicate with each other via cross-play. Yoshida also says that he and Square Enix “hope to announce something as soon as we can.”

It would be an incredible feat for a huge MMORPG like Final Fantasy XIV to come to Nintendo’s platform; not only would it be the first and only handheld version of Square’s RPG, but it would open up the title to a completely new audience.

You can check out the entirety of the VGR interview right here.