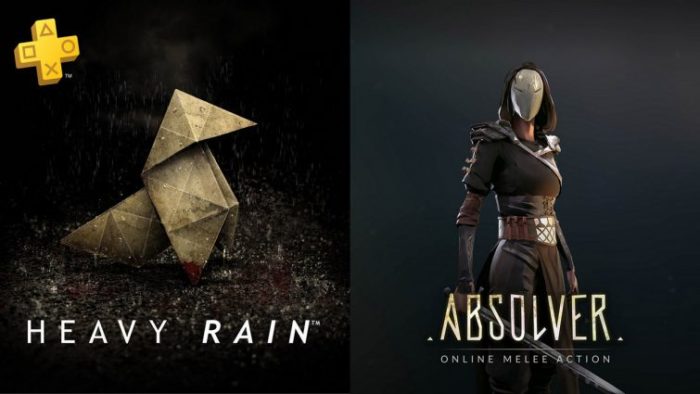 This month’s free PlayStation Plus games are finally here, and with the end of June rapidly approaching, it’s time to jump into a set of new games once again. This time around, some pretty fantastic titles are on offer, including Quantic Dream’s Heavy Rain and Sloclap’s Absolver.

Heavy Rain is one of the earlier parts of Quantic Dream’s portfolio, as it tasks players with tracking down and figuring out the mystery behind the Origami Killer, a murderer who leaves bloody origami creations at the scene of every crime. Every choice you make in-game is integral when it comes to solving the mystery, and the ultimate outcome depends on what you come up with.

Absolver is a very different game from Heavy Rain, but an interesting adventure nevertheless. You’ll engage in both PvP and PvE battles online while stringing together your own melee moves, looking to become a skilled and revered brawler.

PlayStation 3 owners can still get in on the fun, too, with Rayman 3 HD and Deception IV: The Nightmare Princess up for grabs. PS Vita owners can look forward to Space Overlords and Zero Escape: Zero Time Dilemma for free.

There’s also a special promotion going on right now that’s just for PlayStation Plus members. Between now and Sep. 25, members who join PlayStation Now or at the very least extend their subscription, will get three extra months of PS Now access for $29.99. That’s a discount from $44.99, and with the ability to download games on PS Now coming down the pipeline, it’s a great idea to go ahead and subscribe now that this is a thing.