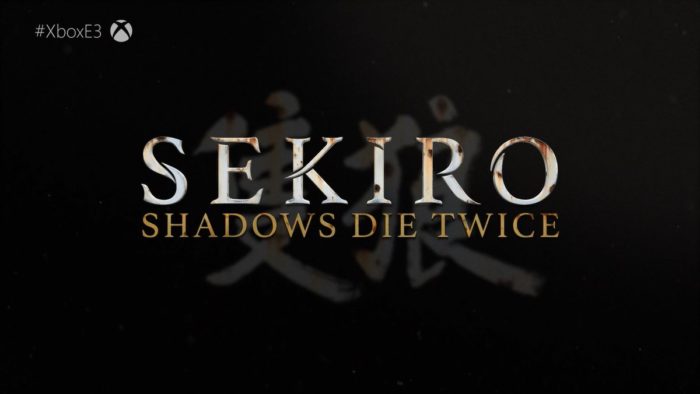 During the 2018 E3 Microsoft conference, the company debuted the world premiere of From Software’s next game, which is being published by Activision, Sekiro: Shadows Die Twice.

This debut came with a trailer detailing the setting of the game and characters within it. While it’s unclear exactly what kind of game this will be, it appears that the game is an action-rpg, as is usual of From Software, that takes place in Feudal Japan. You can view the trailer below.

Like previous From Software games, it appears that Sekiro will feature fantasy characters, creatures, NPCs and more. It also appears that the combat of Sekiro will follow the studio’s tradition of brutal combat and extremely challenging gameplay. Sekiro will likely release on not only Xbox One, but PS4 as well, as the game was not announced as an exclusive title during the conference. It’s set to release sometime next year.

If you watched the 2017 Game Awards, hosted and created by Geoff Keighley, this game might look somewhat familiar. That’s because during the awards show, Sekiro was teased with a very cryptic and short trailer. You can view that here. Fans speculated at the time that the game was a sequel to Bloodborne, or perhaps, a return to one of it’s older titles, Tenchu.

The company came to be known as the company they are today–a studio whose games are known for their challenging combat–with the release of Demon’s Souls in 2009. The studio would grow to new heights with the release of Dark Souls, which spawned an additional two sequels. In 2015, From Software released a PS4-excluvise title, Bloodborne, that took the combat of Dark Souls and applied it to the gothic made-up setting of Yharnam.