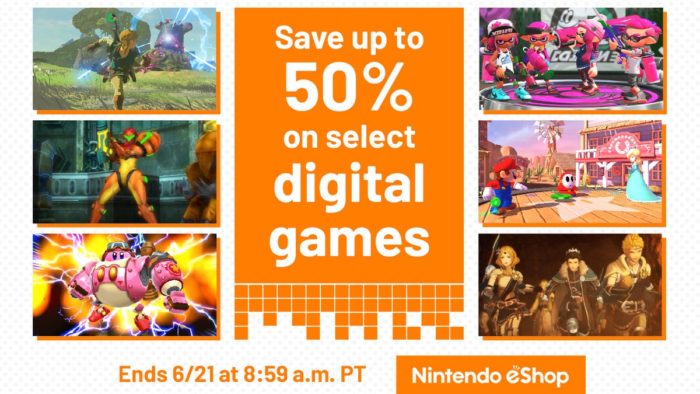 The Nintendo of America Twitter recently announced a sale on select Nintendo Switch and Nintendo 3DS games in its eShop through June 21.

Apparently, this sale is in honor of Super Smash Bros. Ultimate’s announcement at E3 this year, according to Nintendo’s website. Nintendo wants players to “celebrate E3 2018 by checking out select digital games that helped make some of your favorite fighters famous, as well as other great games.” What better way to build hype for the next highly anticipated entry than to tag along with the Smash fighters and see how they became the legends that they are today?

Here’s a list of a few great items on sale:

In their announcement of Smash Ultimate, Nintendo also confirmed that every character from past Smash Bros. games will be available as playable fighters, which explains why Nintendo wants its audience to catch up on their favorite fighters’ newest adventures. Now’s the perfect chance for anyone waiting to experience the VGA’s game of the year, Breath of the Wild, while its a few bucks cheaper. For those that may have missed out on Ness’ and Lucas’ adventures in the Earthbound series can begin the wacky journey from the very beginning, and anyone unfamiliar with the terrifying Villager fighter can lose themselves in the highly addictive Animal Crossing: New Leaf.

Most games on sale feature a Super Smash Bros. character in its roster, but there are also games that are not featured on sale. Favorites like Dragon Ball Fusions, Apollo Justice: Ace Attorney and Monster Hunter Generations are all on sale, so keep on the lookout for any favorites that may appear on the list.

This Nintendo eShop sale will last until June 21, so make sure to remain caught up on the cluster of fighters in the upcoming Smash.